Joel D. Collins, 35, of Central Lake, formerly of Rogers City, passed away June 2, 2017 at Munson Medical Center. He was born January 17, 1982 in Rogers City to Rick and Camille (Charboneau) Collins. 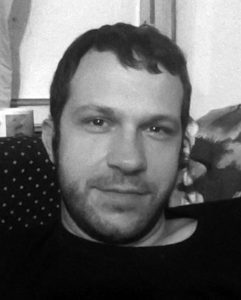 He was preceded in death by grandparents, Delores Charboneau; and Max and Juanita Collins.  Visitation was at the Beck Funeral Home Wednesday, June 7  from 4 p.m. through time of his funeral at 7 p.m. Online condolences may be addressed through www.beckfuneralhome.org.