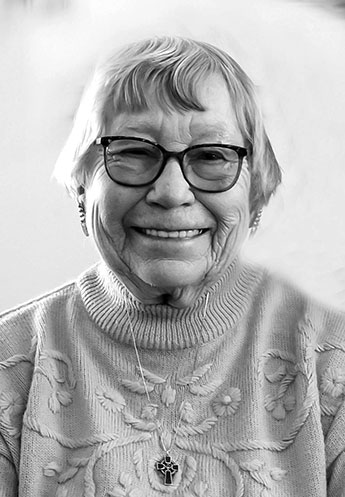 She and Beach Hall met in 1949 during their freshman year at Carleton College in Northfield, Minnesota, she graduated from Carleton in 1953 with her bachelor’s degree in economics. In August of 1954 she and Beach were married.

Kellie is survived by her husband, Beach; a daughter, Veronica Frost; a son, David (Lynn) Hall; one granddaughter; a daughter-in-law, Marlene Hall; former

She was preceded in death by a son, Kenneth Hall; and her brother, Jack Kalivoda.

Beck Funeral Home will announce the date for her Celebration of Life at Westminster Presbyterian Church later this summer.

Memorials may be given to Westminster Presbyterian Church Endowment Fund or Hall Fund for Northeast Michigan in Memory of Kellie Hall. Both charities may be found at cfnem.org (Community Foundation of Northeast Michigan).