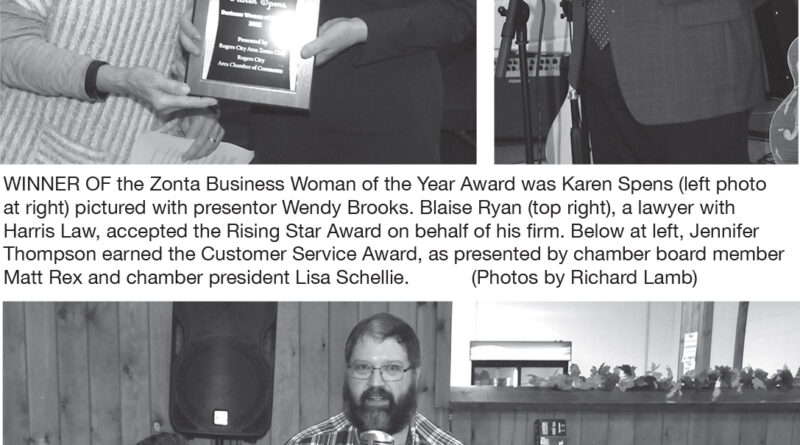 THE CHAMBER also presented a series of awards to individuals and businesses. Tradewinds Bakery, owned by Sarah and Aaron Romel, earned Business of the Year, as selected by the board of directors for the chamber. The business has increased the number of employees and added many new products. The couple decided to purchase the bakery in 2020 from John Thomas, who opened the business in 1989.

Aaron Romel thanked Huron State Bank for believing in them and their business plan. 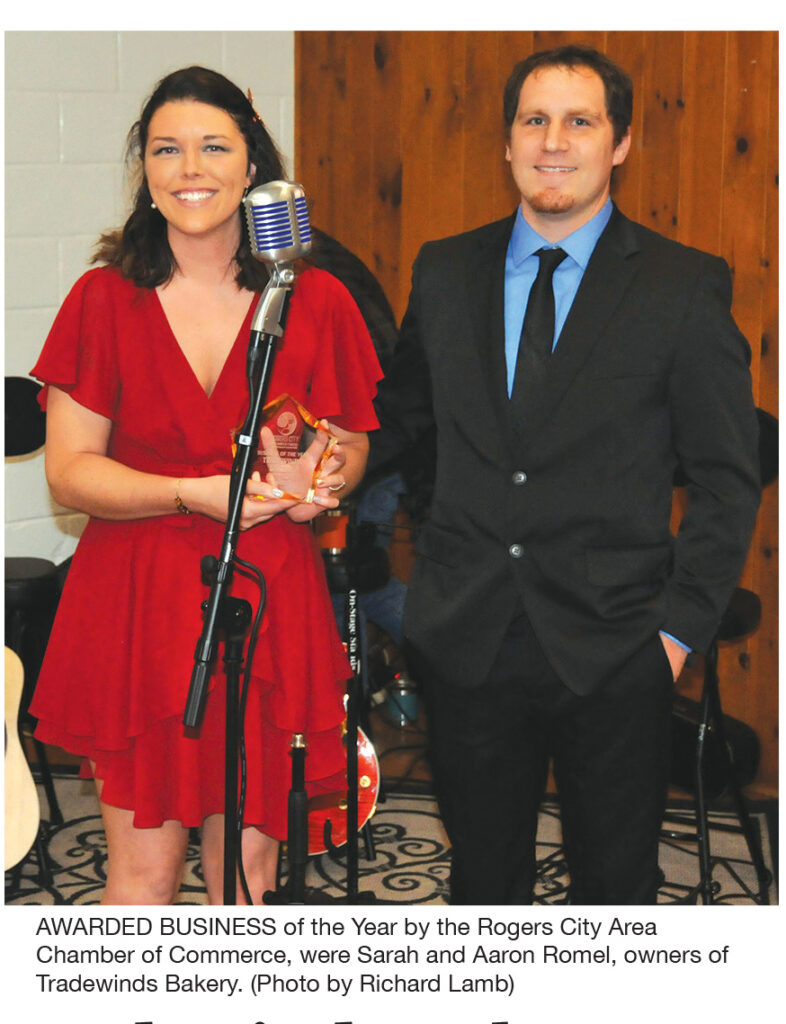 “If it wasn’t for you guys here, we wouldn’t be able to do this. The people that come every summer, they are great for everybody in this community, but it is really you guys in this room that keep us open year-round,” he said.

“The biggest thing that has made it so successful, besides my wife’s amazing baking skills, is the team she has surrounded herself with. We have a bunch of passionate people who work hard.”

THE NEXT award, the Rising Star Award, given to a new business that opened in the past year, went to Harris Law.

Blaise Ryan, a Rogers City High School graduate who returned to practice law in his hometown, accepted the award on behalf of the firm and offered some words of thanks.

“It is good to be back in Rogers City. I am with a great firm. We have a great group of attorneys, 14 of us. We all specialize in our own areas and we cover pretty much all of northern Michigan. We are a busy law firm,” Ryan said.

“My message to young professionals would be to tell them to come back. I was discouraged from coming back, but it is going well.”

MATT REX, who won the Outstanding Service Award in 2015, gave the 2022 award to Jennifer Thompson, who has been serving customers for more than 35 years with various businesses including Karsten’s Restaurant, the Pavilion, Chi Chi’s and now at Tradewinds Bakery.

“She knows how to prioritize her time, take care of what needs her attention and focuses on all other tasks with care and precision,” Brooks said of Spens. 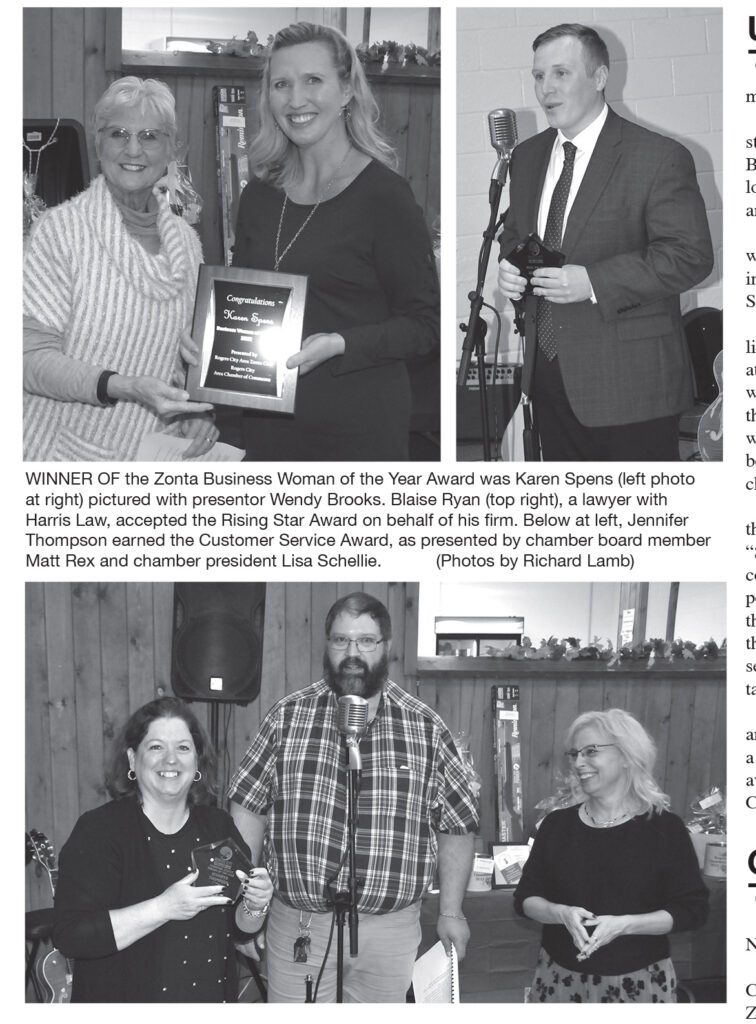 SPENS THEN thanked Brooks for the kind words and added her thoughts.

“For me this award symbolizes knowledge of my profession, time and hard w

ork, a love for helping others, connections, appreciation and building friendships,” Spens said.

She encouraged people to volunteer to promote the Main Street project, saying “you won’t regret it.”

“Life has taught me there is not an action too small. Our tiniest contributions matter and impact those around us. And through giving back, I have gained knowledge, connections and most importantly friendships that will last a lifetime,” Spens said.

Brewbaker then read off scores of lucky winners of raffle items donated by area businesses and those in attendance enjoyed a meal catered by Mike Darga while listening to the local band Borderline 3.