Friends may visit at St. James Lutheran Church in Moltke Township Saturday, March 26 from noon through time of his funeral at 2 p.m. with the Rev. Lloyd Ziebarth officiating. Rogers City Veterans of Foreign Wars Post 607 will offer a military tribute at the conclusion of church services. In lieu of flowers, memorials may be given to the Clark family for a charity to be decided on later. Arrangements are in care of the Beck Funeral Home.
Online condolences may be addressed through www.beckfuneralhome.org. 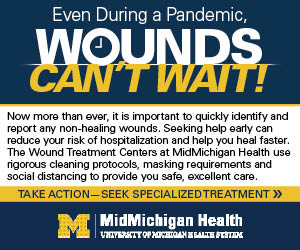