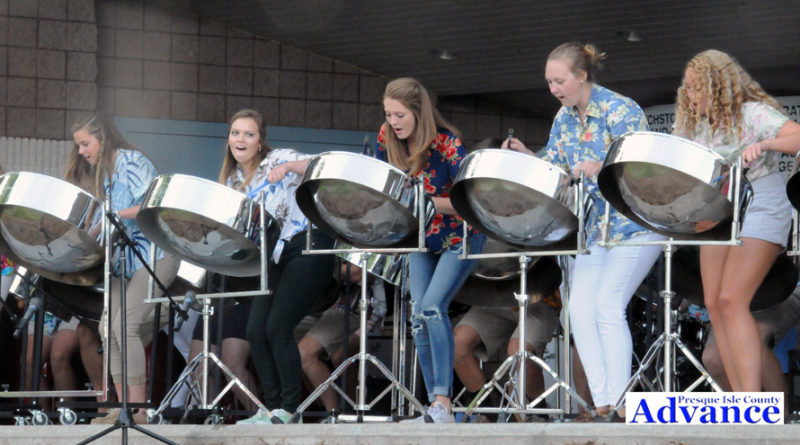 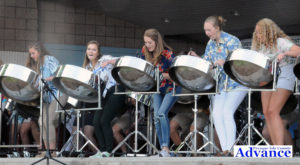 According to Rogers City Chamber of Commerce executive director Shannon McKinstry, attendance was up from last year’s fun fest at Lakeside Park in Rogers City
“We served 210 hotdogs…last year we only served roughly 75. The Storytellers was a nice addition to the lineup. I also think having other community organizations join in on the games worked out well, too. I was a little bummed about the weather, but it got nicer as the evening went on. I’m already thinking of new things for next year,” McKinstry said.
Now in its 20th season of performing, the Petoskey Steel Drum Band always brings a large following to the park. They performed July 15 at Lakeside Park.
“That was the most people I have seen at Lakeside Park in a long time. The Petoskey Steel Drum band is phenomenal and I am happy they could come back this year. They bring a lot of people to the community and I hope that helps area shops and restaurants,” McKinstry said.
The chamber expanded the festivities to two days this year, but attendance was good both days, she said.
“A lot of families enjoyed the Windjammer’s Big Band on Saturday and face painting and of course the movie in the park was well attended,” she said.