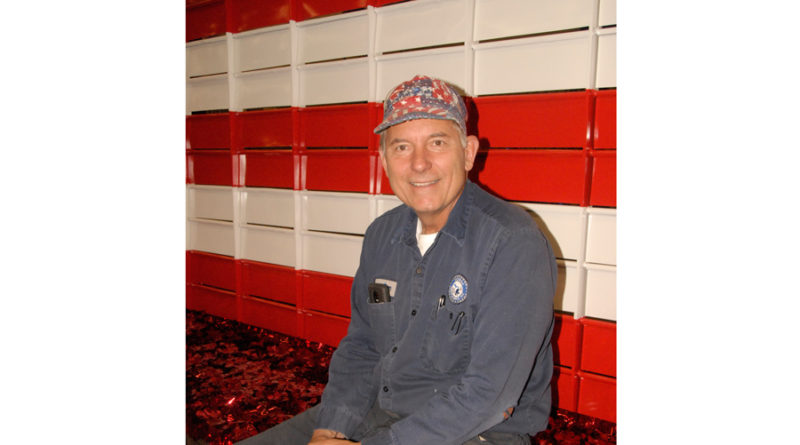 by Peter Jakey–Managing Editor
Thousands are expected to fill the streets of Onaway Wednesday when the community kicks off its annual Fourth of July celebration.
The Onaway Community Chamber of Commerce and city of Onaway have been putting the finishing touches on the forthcoming activities.
The city’s department of public works crew has been sprucing up the town so it looks its best.
Tuesday begins the two-day run of the Dancing Hippopotamus Arts and Crafts. It has been widely popular since moving to the lawn of the Onaway Courthouse Building. The hours are from 10 a.m. to 4 p.m. on Tuesday and 10 am. to 3 p.m. Wednesday.
On the morning of the Fourth, Holy Cross Lutheran Church hosts a 5K walk/run. Registration for the 8 a.m. event is at 7:30.
The activities get into gear at 10 a.m. with kids’ games at Maxon Field. It’s about the same time, United Methodist Church starts its pie and ice cream social.

At 11 a.m., there are a number of organizations that will be serving food.
Veterans of Foreign Wars Post 5857 will begin serving barbecue chicken dinners until sold out. Folks are invited to dine in or take out.
St. Paul Catholic Church opens its salad bar until 3 p.m. and American Legion Post 317 will be serving hot dogs at Brian’s Auto Sales.
The grand parade starts at noon.
“Our theme for the parade this year is Stars, Stripes and Songs of Freedom! We have first, second and third place cash prizes,” said chamber executive director Krista Dubois. “The town will be hopping with events and things to keep you going into the night!”
During the parade, Tom Moran of Moran Iron Works will continue a tradition started more than two decades ago with the unveiling of another large metal sculpture.
It will be more than 13 feet tall, but 15 from the ground up. The length is more than 27 feet long.
“This (project) started in the middle of winter with some of the Industrial Arts Institute students working on it,” said Moran.
The parade’s grand marshal is mayor Chuck Abshagen, who was a longtime educator and coach at Onaway Area Community Schools.
Immediately following the grand parade area fire departments will battle in the middle of town for the annual water fight. Fireworks are at dusk at the Onaway Speedway.
“This years Firework display is going to be outstanding,” said Dubois. “We have more than doubled our show by partnering with the speedway.”