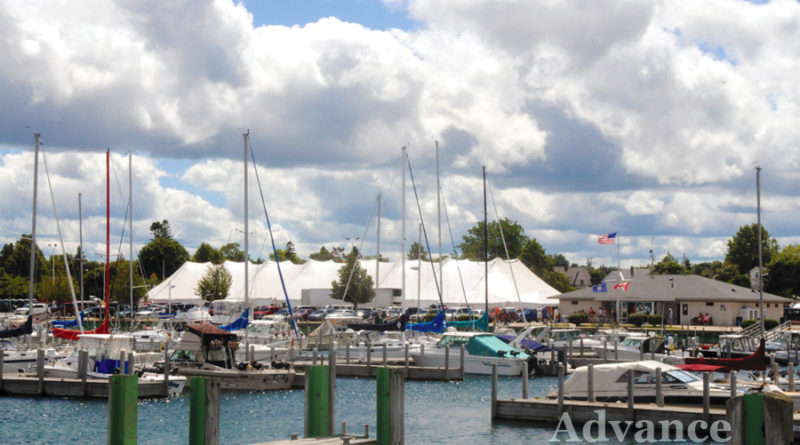 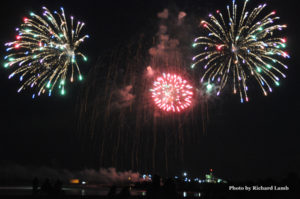 by Richard Lamb–Advance Editor
A new group of eager volunteers has joined the ranks of the Nautical City Festival (NCF) committee. As reported last week, the NCF accepted the membership of the Rogers City Area Zonta Club as one of the six stakeholders in the organization. When the Lions Club dissolved, the NCF looked to get another group onboard.
Since volunteers power the festival, the Zonta Club’s interest in becoming a member was welcome and approved at the NCF’s Dec. 18 meeting. In a discussion that lasted about 30 minutes, the committee considered how the Zonta Club would fit into the organization and what they would bring to the table. The board discussed whether the Zonta Club would have to buy-in to be part of the NCF and other considerations.
“They are taking the place of the Lions Club so does that mean they are like they have been there since day one? What we did is we are going to make them members of the festival committee, but finance-wise we have not gotten to that point yet,” said NCF chairman Mike Stempky.
“We are not taking giant steps. We are taking baby steps right now. We want to get everybody on board,” Stempky said.
Stempky said the festival booked Tommy K. for festival Friday in the big tent. Tommy K, originally from Posen, has a rock n’ roll band and does a spot-on tribute to former Journey frontman Steve Perry.

Two new amendments were added to the festival bylaws recently. One amendment makes provisions for removing a festival committee member if they are deemed to be detrimental to the board.
“Nothing was in there to remove somebody from the committee, if someone was detrimental to the committee. We had to have something,” Stempky said and quickly added there was nobody on the current committee in danger of such a vote.
Another amendment centered on returning some of the profits back to the stakeholders if bank balances got to a designated level.
“Last year we ended up giving $5,000 to each of the six organizations, so it was a substantial amount,” Stempky said. Each of the clubs use money raised for community projects and charities.
A few schedule changes have been suggested to improve attendance at festival events, but no major event has been canceled, Stempky said.
“I hope it dispels the rumors that we are cutting stuff, because we are not,” Stempky said.
Stempky’s goal is to attract new volunteers and renew interest of past volunteers who may have served in the past. To that end, he said the festival would be open about its plans and rely heavily on volunteers.
“We are going to be so transparent it is going to be like looking through windows. I want everything out,” Stempky said, promising to share information about festival workings with the public.
THE FESTIVAL began in 1976 but Rogers City has sponsored a summer celebration each year since 1956.
In the early days, the festivals were centered on the Independence Day holiday. For five years, starting in 1961, Rogers City had the Limestone Festival, which ended in 1966 with a return to the Fourth of July celebration.
In 1971, the year of the Rogers City centennial observance, festival organizers started naming parade grand marshals. Many activities were planned around the 100th anniversary of the founding of Rogers City.
Noted outdoor writer and television personality, Mort Neff, was the first grand marshal and Gov. William Milliken was on hand for centennial festivities the same year.