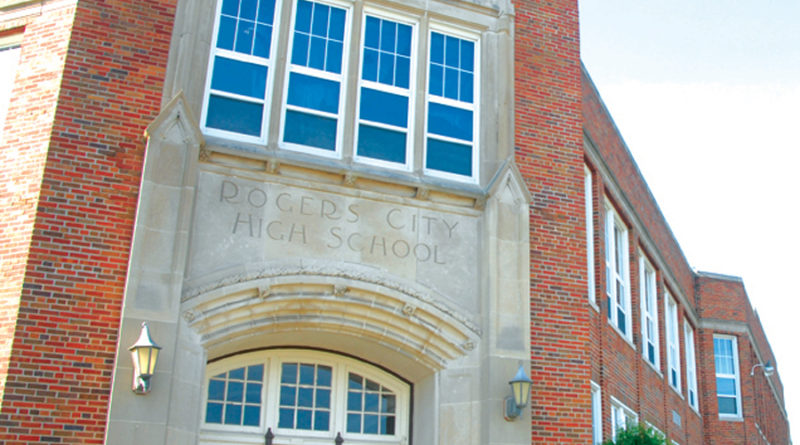 by Peter Jakey–Managing Editor
Among the superintendent’s goals established by the Rogers City Area Schools board of education for 2019 is an answer to a question that has lingered in the district for decades.
Is the Grambau Education Center going to be repurposed or removed?
It’ll be one of six goals superintendent Nick Hein, who has been on the job for only a year this month, will be tackling in the new year. 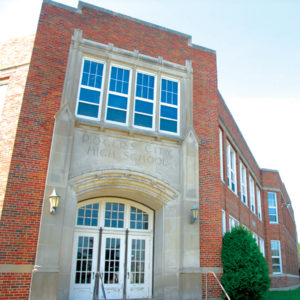 Presque Isle District Library (PIDL) has expressed a genuine interest in moving its main branch in Rogers City to the old brick building at the corner of North Second and West Huron.
PIDL officials would like to roll back the clock and make it an operational public facility, but any plans are in a holding pattern.
In the meantime, the city landmark remains without a tenant and no heat for more than 10 years.
“The Grambau (Education) Center cannot continue to sit idle,” said Hein during the Jan. 14 regular meeting. “The damage that is being done to the building and the long-term liability of it, is going to become enormous in 10 to 15 years when it becomes structurally unsound because of the lack of people in it.”
Board member Don Kromer asked how long the building has been without heat.
“I think 2007, 2008,” Hein answered. “I know different groups have mentioned this or that, but at this time, I believe it is time to move forward. We obviously need to go through the legal process and see what we have to do to be able to sell the Grambau (Education) Center outright.”
Hein added that it is past the time of talking about it. “Something needs to be done with that building. I grew up here just the same as most every one in this room. I love the building, too. It’s the last thing I want to see is a wrecking ball to it.”
Newly elected board president Devin Pommerenke was re-appointed to the Grambau Education Center committee.
The other goals include the establishment of a school finance program, securing new union contracts, pursue new grant dollars, research alternative diploma options and the alignment of the curriculum.
“The most important things I believe for the district…are as follows: first off is to convert the school over to the school finance program, which we have talked about in the past,” said Hein. “We are currently a district that is out of network with our ESD (Cheboygan-Otsego-Presque Isle Educational Service District). They already switched over to this program several years ago – we have not.”
Hein believes it’s the number one priority.
“We can have all the dreams we want, but if a school district is not funded properly, we are going to have issues,” said Hein. “Number two is to complete the contracts with both labor unions.”
Hein also will continue working with elementary principal Steve Kowalski to align the curriculum “from building to building. He has done a lot of work with curriculum.”
Pommerenke commented that he wants to see a STEM (science, technology, engineering, mathematics) component added to the K-5 curriculum.
“As our motto states, we have an ever-changing world,” said Pommerenke. “I would like to see continued progress and I have no doubt we can achieve that.
“I would like to see the development or the research of what we need to do to develop an alternate diploma. Or some kind of placement for those who are struggling to adapt to the rigors of what the state has set forth.”