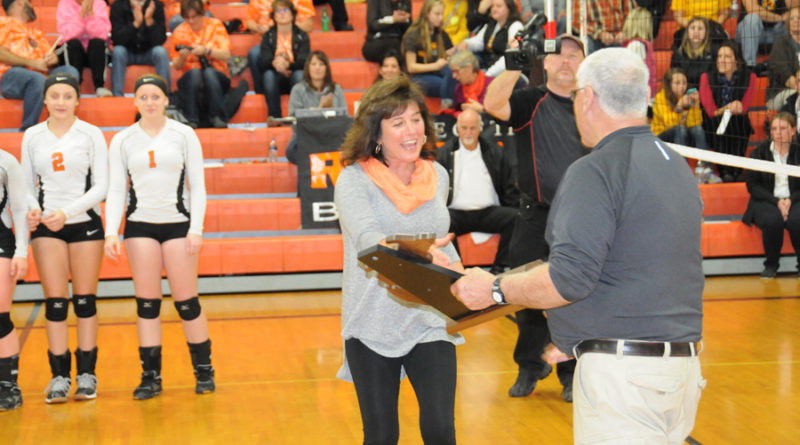 It is time for someone else to come forward and keep one of Rogers City High School’s most successful sports’ programs competing at a high level.
It was with sadness that Jackie Quaine decided to step down as the Hurons’ volleyball varsity coach. Her resignation was accepted at Monday’s board of education meeting with regret. She put in 11 years on the varsity, with a couple of trips to the final-four in 2016 and 2017, and eight years as a junior varsity coach. That does not include the years of coaching junior high athletes.
It’s big shoes to fill because I’m not just talking about any coach here. Quaine was a leader, teacher and a motivator. But above everything else, she was a great role model for young ladies in this community. She was one of the best coaches ever at the school.

After a match she would gather up the players and sit on the gym floor to talk about what went well, and what did not.
From a media standpoint, she was one of the best to work with.
To see her go won’t be easy.
“Every year I would say, ‘maybe this is it,’” said Quaine. “I have kids all over the world right now. I think it is time to step down and do a little bit more with them.”
For Quaine, the competitive juices were always going.
“I was always thinking of ways to improve things,” said Quaine. “And things are getting really techie, too. I’m not a tech person. There is so much in trying to improve these kids, get them videotaped. It involves a lot of technology with the stats. I like to do it the old-style on paper.”
Quaine said there comes a time when “you have to get with the times. So, it’s time to turn it over to someone else.”
Quaine and her assistant coaches tried to instill problem-solving skills into the student-athletes. “Find a way and deal with the cards you have been dealt and what is the best outcome from that,” she said. “It’s finding your way out of things. It pertains to the real world. Things are not always going to be perfect. You are going to have to find ways out.”

Maybe she can get a side job as a motivational speaker. That won’t be necessary because she still wants to stay involved when she is available.

“I was honored to be able to get to work with her,” said athletic director Samantha Amrhein at the board meeting. “I was able to learn from her.”
Superintendent Nick Hein said throw out all the trophies because it was the character traits that she taught that mean a whole lot more.
“About pride and always doing your best, and knowing that when you do that, you never have to hold her head down. That’s what she was the best at,” said Hein. “She had young ladies that competed at the highest level, and they left it all out on the court.
“She brought about the absolute best in what sports can do for young people.”