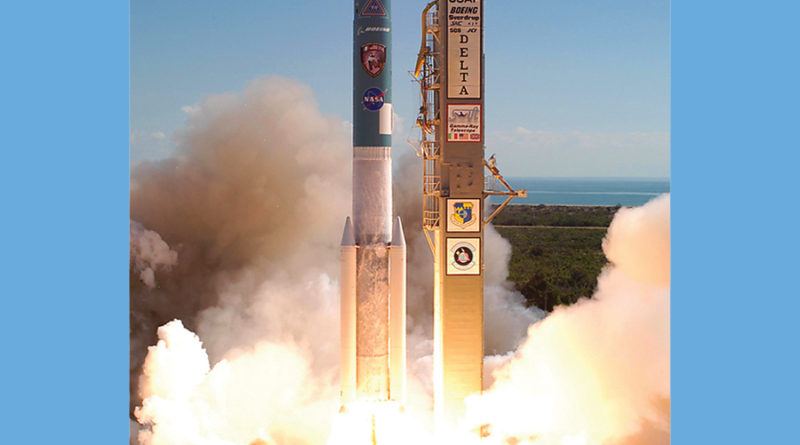 by Peter Jakey–Managing Editor
It’s getting really close to April Fool’s Day – a day filled with practical jokes and hijinks.
What you are about to read is no joke.
Rogers City is on a short list of five communities under consideration for a rocket launch facility – a space port if you will — that will send satellites into low Earth orbit.
That’s right, the home of one of the world’s largest limestone quarry could become Cape Canaveral North.
Along with Rogers City, there are two locations in the Upper Peninsula and three in the Lower Peninsula, including Oscoda and Alpena. 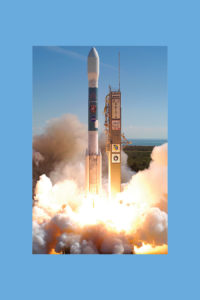 Planners with the Michigan Launch Initiative (MLI) are in the very early stages, but Rogers City could be attractive for the very reason companies find reasons to not set up shop here, according to Rogers City mayor Scott McLennan.
“It’s our remoteness,” said McLennan. “In this case our remoteness could be our advantage to our being selected.” Dense population and being along Lake Huron, for safety reasons, are other factors.
The MLI was unveiled during the 2018 Space Symposium conducted in Traverse City last fall.
Multiple aerospace companies, including SpaceX, Blue Origin, ISRO, ESA Vega, Firefly Aerospace and the U.S. Department of Defense, have plans to launch satellites.
Over the next decade more than 7,000 small satellite launches are planned, if sufficient launch capacity exists, said Gavin Brown, Michigan Aerospace Manufacturers Association executive director, the organization that organized the symposium, October 2018.
No specific sites in each respective community have been released; however, the launch facility site selection is supposed to be concluded in the second quarter of 2019.
McLennan said he is still learning about what could be involved.
“We are not jumping the gun and saying, ‘oh, boy, here they come.’ There is so much legwork to be done,” said McLennan.
Target Alpena executive director, Jim Klarich, who has worked for Presque Isle County under an agreement to offer a scope of services since 2014, was in contact with Brown six months ago about the potential concept.
“There has not been a deep vetting of any kind about what it means to be on that map (list),” said Klarich, who was contacted by Brown six months ago. “We have asked, from an EDC (Economic Development Corporation) perspective, before everybody raises their hands that we want one of those (facilities), we would like to understand what that means. We are in that process right now.”
“We are looking forward to what could become of this,” said McLennan. “But, we certainly could use an economic  boost. We just continue to try and attract solid business partners in the communities.”
The other communities originally listed with Rogers City were Alpena, Oscoda and Chippewa and the former Sawyer Air Force Base.
Alpena was not listed in a Detroit Free Press article over the weekend. Klarich is not sure why Alpena was left off the list, but was included in the magazine article the week before.
Along with launch sites, command centers will be considered at Camp Grayling, Fort Custer and Selfridge Air National Guard Base.
The MLI will be the organization that will organize and facilitate interaction with governmental entities, including local, state, regional, federal and international agencies that will be involved with licensing, operational, and oversight of the launch facility and command operations center.
At full capacity, the MLI launch site will conduct 22 to 25 launches per year, with a command center operating 24/7 for northern tracking operations.
Funding, permits and environmental impact study completed by the third quarter of 2020, construction complete by the end of 2021 and the first launch in early 2022.
“We are looking at it, conceptually, it’s an intriguing idea, but we would appreciate some additional information so there is the appropriate amount of discussion that it deserves,” added Klarich. When asked if MLI may select more than one site, he did not know.
“As a community, we need to be open to listening to what is involved,” said McLennan, who realizes there could be critics as there have been to other proposed projects in Rogers City. “And those voices should be heard as well, absolutely.”