Renowned anthropologist Napoleon “Nap” Alphonseau Chagnon, 81, of Traverse City, died at Munson Medical Center Saturday, September 21 2019, after a prolonged illness. The eldest son of Rollin Peter and Mildred Elizabeth (Cavanaugh) Chagnon, Nap was born and mostly raised in Port Austin. The Chagnon family moved to Onaway in 1955 and Nap graduated from Onaway High School the following year. It was in Onaway that he met classmate Carlene Badgero. They dated and corresponded throughout college and were married July 16, 1960. Nap and Carlene were blessed with 59 years of marriage, two children and five grandchildren. 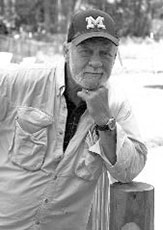 The summer after graduating high school, to earn money for college, Nap attended a civil engineering training camp near Jackson Hole, Wyoming, then was hired as a surveyor and helped build the approach to the Mackinac Bridge. As a college freshman, Nap attended the Michigan College of Mining and Technology in Sault Saint Marie, where he studied physics. He transferred to the University of Michigan (U of M) in Ann Arbor his sophomore year. At Michigan, Nap worked as an ambulance driver and a dormitory house father to pay his way through college. In the summers, he continued to work as a surveyor. 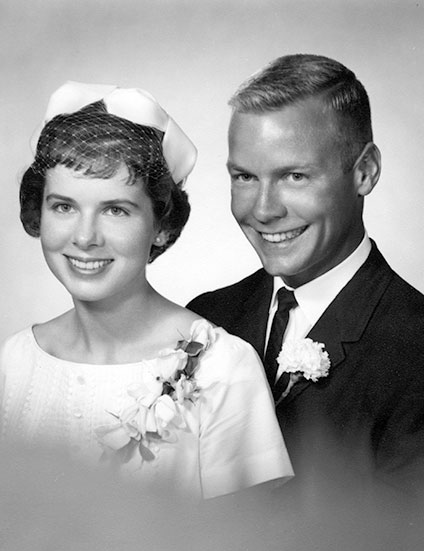 While studying physics at the U of M, Nap took his first anthropology course and simply fell in love with it.  He said that by the second lecture of the second course he “was hooked.”  He proceeded to earn his bachelor’s degree, master’s degree, and PhD in anthropology at the U of M, where he ultimately held his first university teaching position.

In 1964, as a doctoral student, Nap traveled deep into the Amazon jungle, on the border of Venezuela and Brazil, to study a primitive tribe, the Yanomamö, a population of 25,000 people living in 250 villages, approximately. Nap became the first outsider ever to contact numerous remote villages of the Yanomamö. Nap lived among them, learned their language and came to love them, as he devoted his career to studying the Yanomamö.  For approximately 20 years after his first trip into the Amazon, Nap lived in Yanomamö villages for months at a time nearly every year; Carlene and their children, Darius and Lisa, came to find it normal that “Dad is away in the jungle.” In conducting his extensive field research, he asked the Yanomamö so many questions– and so persistently– that they affectionately came to call him “Shaki,” which means “pesky bee.” 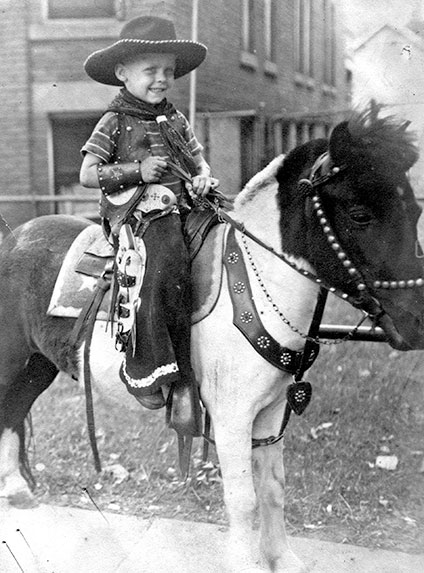 Nap was elected to the National Academy of Sciences in 2012, as one of the world’s leading anthropologists. His prominence in 20th century anthropology has been compared in importance to that of Margaret Mead and Claude Levi-Strauss. With the news of his death, academic friends and colleagues from around the world have reiterated their admiration for his work and expressed their sorrow at the loss of his friendship, humor and courage. Said professor of anthropology John Tooby of University of California at Santa Barbara, “He was a great scientist, but also he was one of the few great men I have known—he had an extraordinary amount of moral courage.”  Sebastian Junger, the celebrated best-selling author (“The Perfect Storm, Tribe & more”) and award-winning filmmaker (Academy-Award nominated “Restrepo & more”), studied anthropology in college at Wesleyan under a protégé of Nap’s; Junger said, “Napoleon Chagnon was an incredibly brave, groundbreaking anthropologist… (whose) work is undoubtedly the best starting point for how modern populations can learn to more peacefully coexist with their neighbors.” 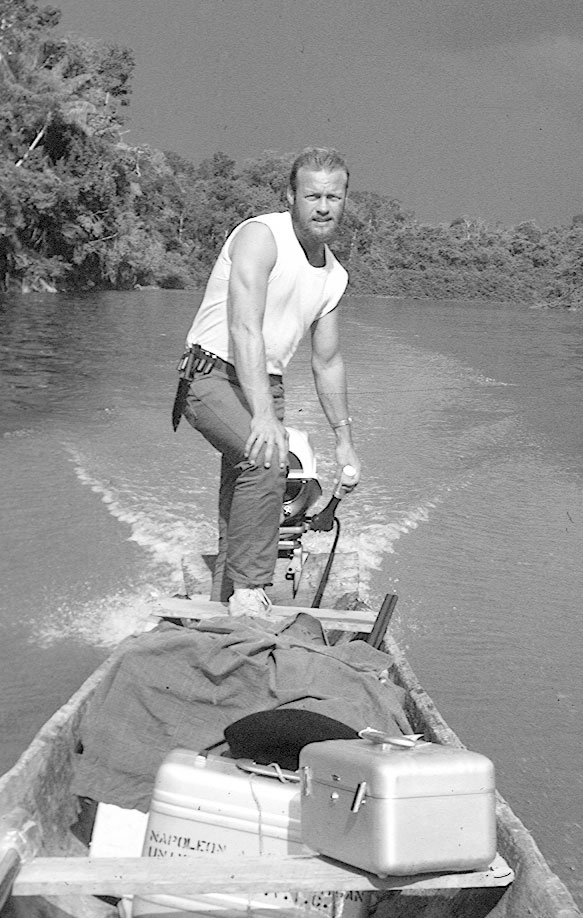 Harvard professor of biological anthropology Richard Wrangham said, “I will remember (Nap) as a true original, a wonderfully bold and ambitious adventurer who mixed extraordinary personal courage with personal awareness. His sensitive side came out in his beautifully written and delicately perceived ethnographies.” Award-winning author, historian, and journalist Alice Dreger, who earned her PhD in the history and philosophy of science, spent a great deal of time with Nap when researching him for her critically acclaimed book, “Galileo’s Middle Finger.”  Dreger said of Nap, “He was a good man… an enormously interesting man… He was so exquisitely human, he was humanity. The loss of that feels very great to me.” 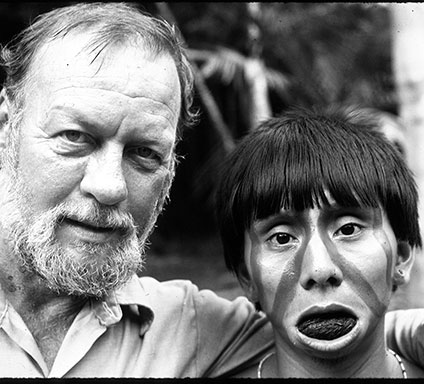 Nap published well over 100 academic papers and book chapters, five books, and 21 documentary films.  His 1968 monograph “Yanomamö: The Fierce People” sold over a million copies and became a celebrated work amongst students of anthropology.  His last book, “Noble Savages,” was called “an epic” by renowned sociobiologist and Pulitzer Prize winner, E.O. Wilson, then Harvard College Professor of Psychology, Harvard University. Wilson described Nap as a “rip-roaring storyteller” and went on to say that “Noble Savages is rich with insights into human nature, and an entertaining interlude with a remarkable man.”

After his first academic teaching position at the U of M, Nap held tenured positions as a professor of anthropology at Penn State, Northwestern University, the University of California at Santa Barbara, and, at his passing, was research professor at the University of Missouri. Nap also did a sabbatical at Cambridge University, England (at King’s College), and lectured extensively throughout his career at many of the world’s major universities, including Harvard, Oxford, Cambridge, Berkley, Chicago, West Point, UCLA, Tokyo, London, Rome and many others.

Nap’s colleague biomedical anthropologist professor Mark Flinn (currently at Baylor University) was also once his graduate student, and he recalls how Nap riveted his audiences.  He describes Nap’s lectures at Penn State as being “standing room only. In a lecture hall that had 968 seats, every seat was taken and students would be sitting in the aisles and lined up at the door, trying to get in, even if they weren’t registered for the class. They just wanted to hear him speak.”

Nap’s fame made him a target, and a lucrative one. In 2000, an ambitious author published a book largely about Nap, full of jaw-dropping false claims that made for exciting reading—and it made headlines. Nap was not a litigious man; he was a scientist, through and through, so he endured the significant pain and distraction that resulted from the false claims, rather than suing for libel.

Said Harvard professor Richard Wrangham, “I frown at the thought of the pain he suffered when attacked unfairly by self-righteous critics.  I had glimpses of how much the fake scholarship of his critics hurt him, but he seemed almost as steadfast in his dealing with the academic assaults as he must have been when under threat in Venezuela, and the great thing is that through it all he knew he was right and he won in the end.   He was like a great battle leader, his shining standard making him the big target; the determination that he showed in handling the unwelcome attention was typical of his life, and a lesson to us all. And somehow he managed at the same time to be a cheery companion!  What a guy.”

Nap loved dogs, bird hunting, the Great Lakes, and the cherries and fall colors of northern Michigan.  He bellowed the University of Michigan Fight Song, and on football Saturdays, his home shook with his jubilant cries of “Go Blue!”  Nap loved music, particularly Mozart and flamenco guitar, and it was not unusual for Nap to spend long hours writing at his desk at home, a big dog sleeping at his feet, with Mozart piano concertos playing in the background until dusk.  He loved nature deeply and worried about the fate of primitive tribes, as well as the fate of the Amazon.  Privately to his closest academic friends and colleagues, he shared that his wife Carlene was truly a rock to him, and he missed being away from his wife and children as much as his career had demanded.

Nap loved photography.  As a young boy, after he had saved up money to buy his first camera, he rushed to the shores of Lake Huron, eager to take his first photographs of the enormous body of water he so adored, only to feel crushed when every single photo came back as nothing more than a grey blur with a horizon line.  Yet he went on to have many of his stunning photographs of the Yanomamö featured in National Geographic Magazine over the years, and to win numerous awards for his historic documentary films about the Yanomamö.  (Numerous films that he made in partnership with cinematographer Tim Asch won the Red Ribbon at the American Film Festival; the film “The Feast,” made together with Asch, won the Blue Ribbon at the American Film Festival in 1970, and “Magical Death,” made by Nap alone, won the Blue Ribbon in 1973.)

Nap was preceded in death by his parents; brothers R. Patrick, Denis, Glenn and Vincent; and sisters Marlene Revord-Simoneau and Emilie Gilewski.

Nap’s family will receive local friends at the Chagnon Funeral Home in Onaway Saturday, October 5, from 2 to 6 p.m.    A memorial to receive academic friends and colleagues will be held within the coming months, with location and date to be determined.

lanning an expression of sympathy please consider a donation in memory of Napoleon A. Chagnon made to either cause, below:

1 Documentary Educational Resources. Please specify that the funds are to be used for the preservation and remastering of Napoleon A. Chagnon’s films archived in the Smithsonian’s Humanities Film Archive.

2   The E O Wilson Biodiversity Foundation, The Half Earth Project, in honor of Napoleon A. Chagnon