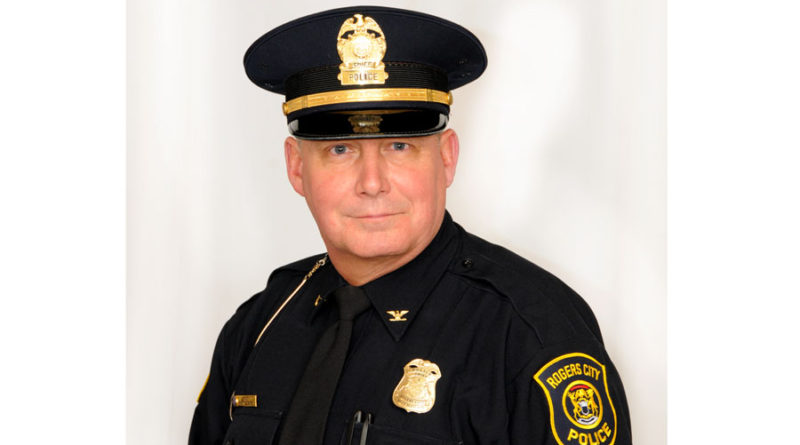 “Matt is the most humble man I know. Twenty years ago the best thing that ever happened to the residents of the city of Rogers City is when Matt became their chief of police,” said Jamie Meyer. Meyer, who will become the chief of police in Rogers City when Matt Quaine’s retirement becomes official next month, had high praise for his predecessor.

The city honored Quaine with a day in his honor. November 27 was declared Matt Quaine Day by the Rogers City City Council in recognition of nearly 21 years of service as chief of the RCPD and nearly 36 years in the law enforcement profession. He assumed the role of chief in June, 1999 with the retirement of Gar Robinson.

“I came into the police profession at a young age and didn’t really know if law enforcement was for me. I was working at the sheriff’s department at the time and got to help out Matt Quaine on a complaint. I immediately noticed Matt had a certain poise about him that made him stand out to me as the cop among cops,” Meyer said at the open house for Quaine on his day.

Meyer said after working with Quaine, he knew exactly why he had become a police officer.  He said he was honored to be selected to succeed Quaine as chief of police in Rogers City.

“I knew I wanted to be like Matt Quaine,” Meyer said. “Matt taught me that to become a true leader, you need to build a department where your officers wanted to do the job right all of the time. Not because they would be afraid of getting into trouble, but because they didn’t want to let you down. That’s how I felt about Mat

t since I have started working for him. Matt has taught me more about being a good police officer and a good person than he will ever realize.”

Quaine stepped to the podium and told well-wishers it is a tough day but a good day for him to be retiring.

“God has blessed me with a beautiful family and a great career. He is the one that has got me through this. It was Him. And my young bride Jackie has been my rock through all this,” Quaine said.

The well-wishers agreed that the city has been served very well by Chief Quaine.