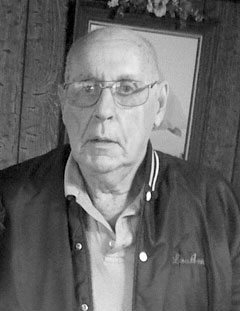 A lifelong resident of Onaway, Don graduated as valedictorian of Onaway High School in 1947, went on to earn a bachelor’s degree from Michigan State College, and later a master’s degree from the University of Connecticut. He was teaching agriculture and woodshop at Onaway High School (OHS) when called to serve his country as a land surveyor in the Army Air Corps during the Korean War. It was in Korea where he would meet the love of his life, “KJ” Kwang Soon Seoung. KJ captured Don’s heart and they were married February 12, 1956 in Korea. Don brought KJ home to Onaway shortly after they wed and returned to teaching at OHS. Dedicated to his students and fellow teachers, Don worked hard to ensure OHS provided an excellent education to its students. He eventually became assistant superintendent and served in that capacity until his retirement in 1995.

Don was a member of the Onaway Veterans of Foreign Wars (VFW) Post, a Boy Scout leader, National Honor Society advisor, as well as being involved with several other academic clubs at the high school, and a former member of the Onaway United Methodist Church. A proud alumnus of Michigan State, Don was a huge State fan, especially Michigan State football. Go Spartans!  He also loved the Detroit Tigers. He and KJ enjoyed working in their flower gardens, traveling and going out for dinner. In fact, Don was pretty passionate about good food.  Nothing made him happier than a delicious dinner, with his favorite meals being a good old-fashioned turkey dinner with all the trimmings or a summer picnic with potato salad, baked beans and an ice-cold Pepsi. He and KJ always hosted the family Christmas and Don would tell everyone he hadn’t ate in days so he would have more room for turkey! Extremely intelligent and an avid reader Don was a history buff and loved archeology. He enjoyed woodworking, going to garage sales and adding to his collection of beer mirrors.  After retiring he built a pole barn where he would spend hours tinkering with his projects.

Don’s number one priority was always his family. He was a devoted husband, a protective father and a loving grandfather. He put his family first and would do whatever he could to help them. “Donisms,” such as Don’s frequently used phrase, “at any rate”, and the expressive manner in which he said “No,” which was “No, No, No, No, No, No, No,” will be fondly remembered. He was loyal, honest and hardworking.  Always humble and content with life’s simple pleasures, Don referred to himse

lf as a “simple country boy.” “At any rate” he touched many lives in his 91 years and truly made a difference. Don Baker was good to life – he will be sadly missed.

Surviving Don is his wife of 64 years, KJ Baker of Onaway; a son, Donnie Baker of Lansing; a daughter, Kathy (Mike) Martin of Oden; granddaughters, Haylee Baker (Eric Rae) and Zoie Martin; a sister, Grace Preston of Onaway; and his nieces and nephews. Don was preceded in death by his parents, Daniel and Pearl (McIntosh) Baker; a sister, Lou Ann Perkins; an infant sister, Dona Baker; and brothers-in-law, Kenny Perkins and Lyle Preston.

Don’s family will receive friends at the Onaway Community of Christ Church Saturday February 22, from 10 a.m. until the time of the funeral service at 11 a.m.  The Rev. Marcia Pauly will officiate. Don’s final resting place will be at Hillcrest Cemetery where there will be a graveside service and military honors in the spring. Those planning an expression of sympathy please consider a donation in memory of Don to the OHS woodshop.