Leonard T. “Mick” Chojnacki, 75, of Metz lost his battle with leukemia and was called home March 10, 2020 from Hiland Cottage in Petoskey. 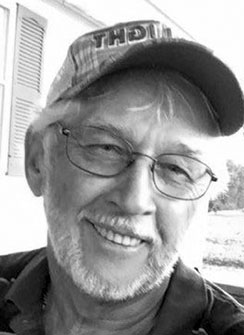 He was born September 25, 1944 in Metz to Anthony and Clara (Gorlewski) Pine.

Leonard graduated from Rogers City High School in 1963 he retired from Calcite in 1999. He enjoyed hunting, ice fishing and spending time with his family and Friends.

an, Irene Kowalski and Delores Bruski. He was preceded in death by his parents; and four siblings, Raymond, David, John and Virginia Roznowski.

Friends may visit at the Beck Funeral Home today (Thursday, March 19) from 6 – 8 p.m.
A graveside service will take place at St. Dominic Catholic Cemetery in Metz on Friday at 11 a.m.

In lieu of flowers or plants, memorials may be given to Posen High School Athletic Program in memory of Mick Chojnacki.