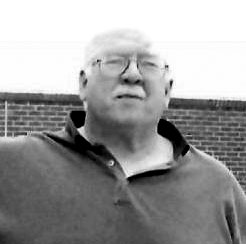 He was born December 27, 1957 in Rogers City to Thomas and Agnes (Idalski) Peters. Art enjoyed hunting and fishing, especially fishing at Lake Augusta.
He bowled in the Rogers City league as well as played in the local pool leagues. Arthur was a third degree member of the Knights of Columbus. Art loved to spend time with his family and friends.

He was preceded in death by his parents, Thomas and Agnes; infant brother,

Visitation was at the Beck Funeral Home Tuesday, May 26, where the rosary was recited followed by the parish wake service. Visitation continued Wednesday at St. Casimir Catholic Church until time of his Mass with the Rev. Arthur Duchnowicz officiating.

Interment followed at St. Casimir Catholic Cemetery.
Memorials may be given to Tracey’s Education Fund or Hospice of Michigan in memory of Arthur Peters.