Marjorie Ann “Marge” Gertz, born in Millersburg January 9, 1940 to Melvin and Margaret Lucille (Robbins) Walker, passed away peacefully at home surrounded by her family May 12, 2020. 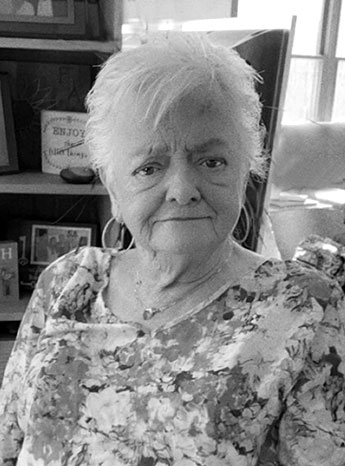 She is survived by her daughter, Kimberly “Kim” Gertz-Smillie of Millersburg; and six grandchildren; Zak, Chase, Whittnie, Desiree, Destanae and Gemma.

Despite the heartbreaking loss of her two most treasured men; Bob and Todd, Marge continued to persev

ere with the vim and vigor that only she could. This was made possible by the tender loving support and care she received each day from Kim and Kim’s children. Marge lived for her family and they lived for her.

Friends may visit at the Beck Funeral Home Friday, May 15, from 4-8 p.m. Visitation will continue at the funeral home Saturday from 10 a.m. until time of her funeral at 11 a.m. with the Rev. Scott Distler officiating.

Burial will follow at Riverside Cemetery in Millersburg. Memorials may be given to Case Township Fire and Rescue or Millersburg Downtown Development in Marge Gertz’s memory.