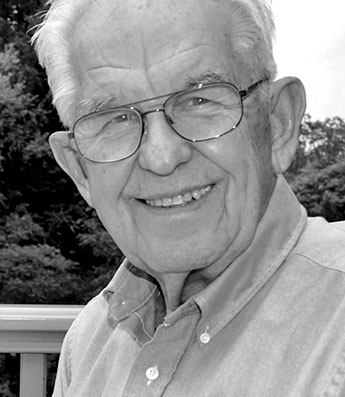 God blessed him with a full and happy life. He was a lifelong resident of Rogers City, except for time spent in the military during World War II.

While in the military he taught electronics in Missouri and then served in India at the CBI radio transmission headquarters. After military service he helped create and organize the Rogers City Broadcasting Corporation constructing and managing radio station WHAK in 1948 and WHSB FM Alpena in 1964.

He loved living in Rogers City, enjoying Lake Huron, spending time with family and friends and servicing his community and church. But most of all he treasured his personal relationship with his heavenly Father and was often heard by his family members singing hymns as he worked around his house.

Harvey married Janice Hess of Fowlerville in 1956. She was his loving helpmate and faithful partner for over 60 years.

He is survived by his children, Becky (Joel) Carlson of Jenison, Dan (Vicki) Klann of Holt and Janet (Eric) Fenstemaker of Maryville, Tennessee.

He was preceded in death by his wife, Janice (2017); parents, Alfred and Hattie; and two brothers, Norman and Albert.

The family will hold a private service in the near future.