Christopher “Chris” Allen Barnum of Millersburg passed away July 13, 2020. He died following a short illness. He was born in Lansing December 24, 1956 to Robert and Joyce Barnum. 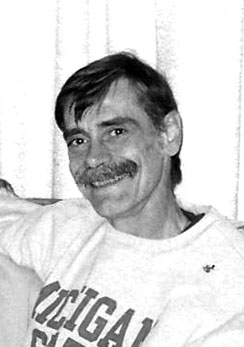 Chris worked as a manger for Elias Brothers Big Boy restaurants as career and was currently working in Cheboygan. He was very talented in many things, a musician since his teen years and enjoyed playing with his brother Scott and friends.

e peacefulness of the forest where he lived. He will be very sadly missed.

Preceding him in death were his parents, Robert and Joyce Barnum.

Cremation has taken place and a celebration of life funeral service will take place in the future.