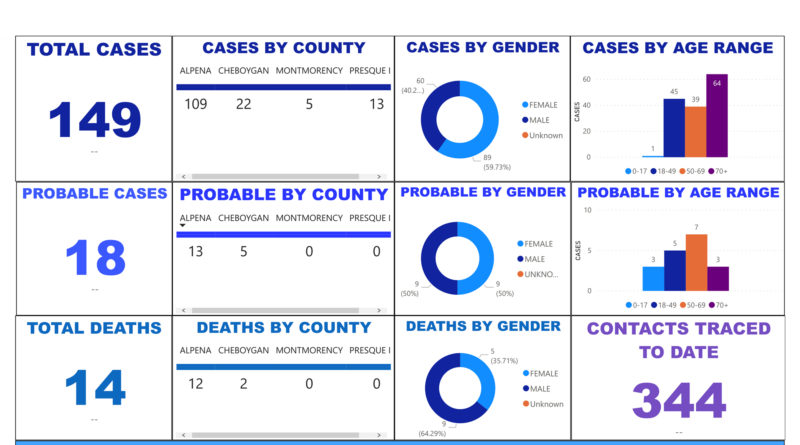 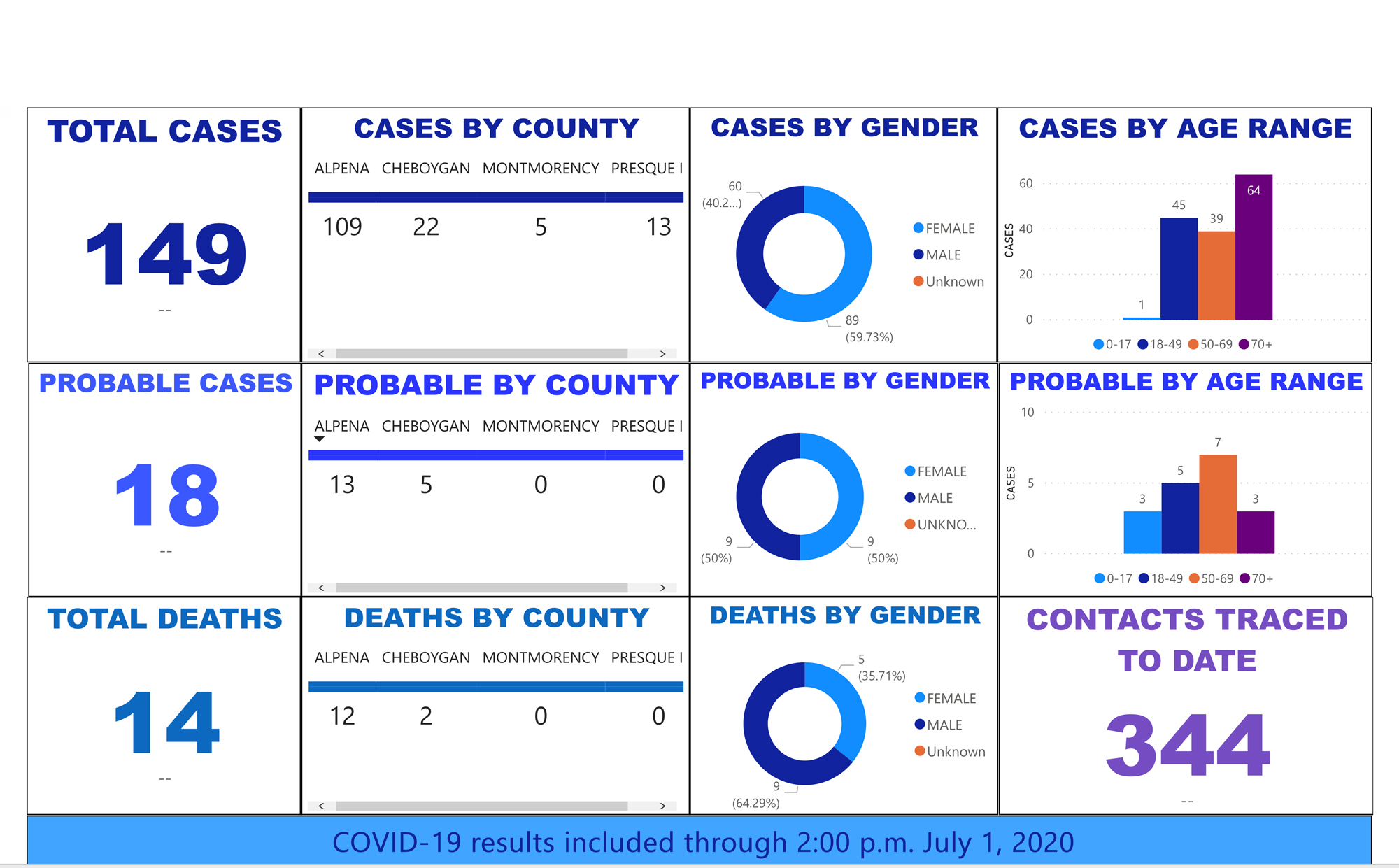 The four counties in District Health Department NO. 4 (DHD4) have released the latest figures for cases of the novel coronavirus. As of July 1, 149 total cases have been tracked by the DHD4 with 109 cases in Alpena, 22 in Cheboygan, 13 in Presque Isle County and five in Montmorency counties.

There are currently 18 probably cases and 14 total deaths reported. Nine of the deaths came to males while five were female victims of the disease. Alpena reported 12 deaths while Cheboygan had 2.

Cases by gender revealed 89 cases were reported to be female and 60 were male.

Probable cases of COVID-19 are defined as individuals who have been directly linked epidemiologically to a confirmed case and have symptoms consistent with COVID-19, but who were not tested.  Given that a positive COVID-19 test result would not change the measures taken by public health, since a probable COVID-19 case would already be quarantined when symptoms appear, these cases are labeled as probable instead of confirmed.

The five Michigan counties with the most confirmed cases are: