Leigh William Russell, 96, and a longtime resident of the Onaway area, died October 6, 2020 at Golden Beach Manor in Ocqueoc.  His daughter was by his side. 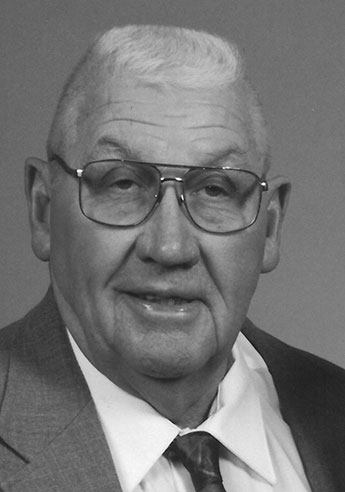 Born September 2, 1924, in Armada Township, he was the son of the late Peter and Bessie (MacGregor) Russell.  His family moved to the Onaway area in 1939.  He graduated from Onaway High School and married Jeanne Baker in 1947.

He married Hazel Walters May 20, 1972.   Devoted to his faith, he was a longtime member of the Onaway United Methodist Church.  Leigh was employed as a foreman for the Presque Isle County Road Commission for over 35 years as well as being a farmer.  He loved tractors and was a member of the Tip of the Mitt Antique Tractor Club.  Leigh enjoyed deer hunting and had many successful deer seasons, including bagging his buck last season at the age of 95.  He traveled all over Michigan going to horse-pulling competitions and was a champion draftsman with his team of Belgians and later the smaller horses, winning many ribbons and trophies.

Leigh is survived by the mother of his children, Jeanne Russell, of Onaway; his twins, son and daughter, Lee (Margaret) Russell of Traverse City and Lynn (Bob) Schell of Black Lake; stepchildren, Diane, Carlene Widajewski (Da

He was preceded in death by his wife, Hazel (Walters) Russell in 2014; and his sister and brother-in-law, Barbara and Harry Erratt.

According to his wishes, cremation services have already occurred.  A memorial service will be scheduled at a later date.  Those planning an expression of sympathy, please consider a donation in memory of Leigh to the Onaway United Methodist Church.

Chagnon Funeral Home in Onaway is assisting the family with their arrangements.