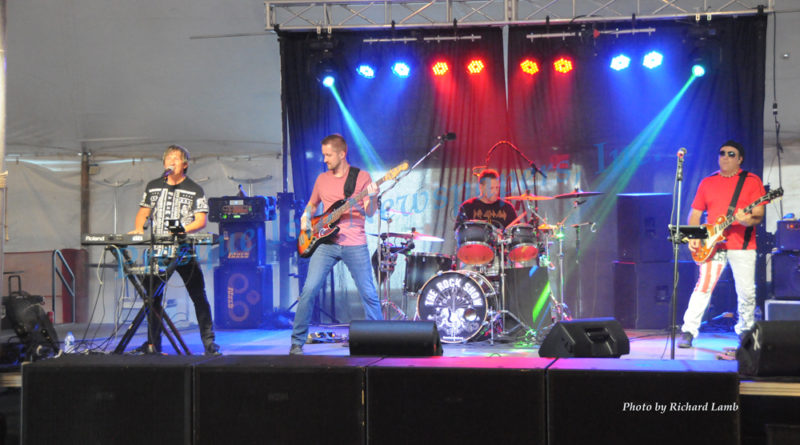 The Nautical City Festival (NCF) committee is looking for a few good men and women to power the 2021 festival. After the 2020 eve
nt had to be canceled due to the novel coronavirus (COVID-19), festival chairman Mike Stempky said the 2021 event needs some more volunteers to make it happen.

With the 150th anniversary of the founding of Rogers City occurring in 2021, next year is a special mark in the history of the town.

“The harsh reality is that COVID-19 is a killer regarding festivals. It is difficult to get two members from the organizations that own the festival to come to a meeting. We need those people to effectively plan a schedule,” said Stempky.

“Right now, we are going ahead with the assumption that th

e festival is going to take place next summer. But, should COVID-19 get worse, it is up in the air.”

A decision on the schedule might not get made until March, Stempky said.

Stempky’s term as president has expired and he plans on leaving the committee after the Jan. 18, 2021 meeting at 6 p.m. at the Knights of Columbus Hall.

“We need younger blood. Whether those people show up will make or break our festival,” Stempky said. “We would like to impress on the people of Rogers City that we need help. The committee is in desperate need of help, not only volunteer help but people to serve on the committee.”

Rogers City has had a summer festival each year, except 2020, since 1956. In the early days, festivals were centered around the Independence Day holiday. For five years, starting in 1961, Rogers City had the Limestone Festival which ended in 1966 with a return to the Fourth of July celebration.

In 1971, the year of the centennial observance, festival organizers started naming grand marshals of the event. Noted outdoor personality Mort Neff was the first grand marshal and Gov. William Milliken was on hand for festivities. Advance publisher Harry Whiteley produced a 94-page edition with many historical articles and features.

The next year the celebration continued as the Pioneer/Limestone Festival until the first NCF happened in 1977.

Each group has two voting members on the committee, but the festival is really powered by volunteers beyond the 12 committee members.  Over the years the festival has employed executive directors, with Larry Wissner serving as the first one for many years. No such position is currently funded by the festival.

The festival has evolved over the years to include a variety of activities and has grown from a weekend celebration to a six-day event. A bicycle race with world-class cyclers, organized by Marcus Opie, brought excitement for several years through the streets of the city.

Concerts for three-consecutive years in the 1990s brought Da Yoopers, and big-time country acts Confederate Railroad and Neil McCoy to the festival.

the skies of the city.

The staples of the festival have remained solid over the years including the sailors’ memorial, Sunday’s grand parade, a juried arts and crafts show, bands and dancing at the big tent and the amusement rides next to Lakeside Park. The festival is the main sponsor of the Miss Rogers City pageants each year.

Anyone interested in assisting with the festival or becoming a member of the festival committee may call the Rogers City Area Chamber of Commerce at (989) 734-2535.