Richard “Rick” James Bentley, 57, of Grand Bay, Alabama, formerly of Onaway, died at Providence Hospital in Mobile, Alabama Tuesday, April 27, 2021. Visitation will be held at Chagnon Funeral Home Friday, May 7, from 11 a.m. until the time of the service beginning at 2 p.m. Family friends, Larry LaFave and Penny Janeczek will officiate. A graveside service will follow at Forest Lawn Cemetery in Tower. 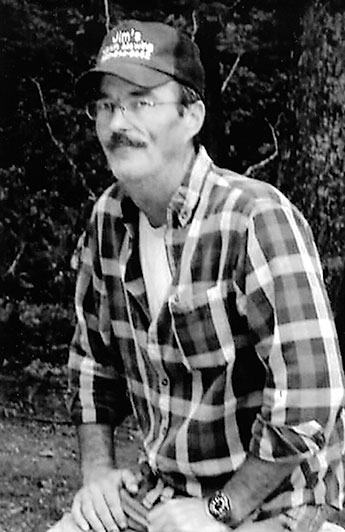 The son of James E. and Patricia A. (Morgan) Bentley, Richard, or as he was known in the community, “Rick,” was born in Onaway May 26, 1963.  He married Deborah Jean Streeter August 18, 1984 and they made their home in Onaway before moving to Alabama in 2009. Rick worked in the road construction and paving industry driving a tanker truck for H.O. Weaver where his co-workers gave him the nickname, “Yankee.”

A man who was content with life’s simple pleasures, Rick enjoyed raising chickens, gardening, and listening to “old country music.” He loved the classics from Hank Williams Sr., Merle Haggard and Johnny Cash. He enjoyed bass fishing, catching panfish at Mud Lake, and barbecue cookouts with family and friends.

Rick was master of the grill and made the best slow-smoked pork butts and barbecue ribs. He enjoyed tinkering with old tractors and wrenching on motors.

To say he was a fan of NASCAR would be putting it mildly.  Rick was more like a NASCAR fanatic with his all-time favorite drivers being Rusty Wallace, Bill Elliott, and Dale Earnhardt. And though he enjoyed watching the races on television he really loved going to Michigan International Speedway.

Rick was goofy with a fantastic sense of humor and a mischievous grin.  He was a genuinely nice guy with a kind heart who would do anything to help others. Rick loved to pick on those he was especially fond of with the expectation of some teasing in return which he also enjoyed immensely. A devoted husband and father, he was protective of his family and always put them first. He shared a special bond with his sons, his brother and his nephews. And though there were many miles between the Bentley boys their special bond remained strong.

Rick was preceded in death by his mother, Patricia Johnston; father-in-law, Robert Streeter; and a brother-in-law, Wally Streeter.