Allen “Al” C. Grzesikowski, 69, of Onaway, died at home Friday April 29, 2022. The son of Chester and Barbara Ann (Fell) Grzesikowski, Al was born in Mason.  As a teenager, he and his family moved to Atlanta, where Al graduated from Atlanta High School. A year later, May 1, 1971, he married Norma Price in Onaway and shortly after began working for Presque Isle Electric. Al’s career as a lineman spanned nearly four decades when he retired in October of 2008.  Not one to sit still, Al then helped Norma with their business, Mae’s Greenhouse. As he helped with the day-to-day operations of the greenhouse, Norma shared her wisdom of flowers and plants and Al became quite knowledgeable. The two made a great team as Al was Norma’s right-hand man during their busy spring season. 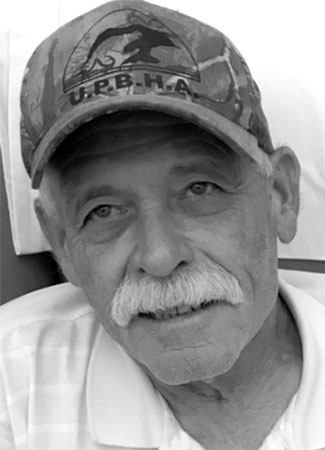 Al, or “Grizzy,” as he was known by friends and family, was a sports’ enthusiast and avid outdoorsman. He played sports in high school, including football and baseball.  His love of sports continued throughout his life as he played men’s league softball and golf.  He shared his love for boxing, football and baseball with his children and the youth in the community as he coached boxing, Little League baseball, and football at Onaway High School and Atlanta High School.  His passion for the game and the emotions that come with being a coach were often displayed in Grizzy’s sideline antics, which sometimes were as entertaining as the game being played out on the field.

Coach Grzesikowski pushed his players to be their best and touched many young lives in his many years of coaching. Eventually the time came for Al to enjoy being a spectator at his children’s and grandchildren’s sporting events which he enjoyed very much.  Al rarely missed games and was extremely proud of his family.

An avid outdoorsman, Grizzy enjoyed deer hunting, bear hunting with family and friends and hunting trips out West. He enjoyed fishing locally as well as getting away for a few days to fish in Canada with the guys. For Griz the best part of hunting and fishing was spending time with his family while doing something he loved. It was hard not to smile when Grizzy’s face lit-up with his mischievous grin when he was up to shenanigans or playing a prank on one of his favorite people.

; sons, Cory (Shannon) Grzesikowski and Dave Grzesikowski (Cindy Rhein), all of Onaway; grandchildren, Abby (Adam), Brady, Maddy, Zane, Zeb, Anka, Owen and Haley; great-granddaughter, Aspen; as well as his brother, Terry (Jan) Grzesikowski of Auburn Hills; and his in-laws, Bruce and Lois Price of Onaway. Al was preceded in death by his parents.

A private graveside service will be held at Hillcrest Cemetery where Al will be honored by his family. Those planning an expression of sympathy please consider a donation in memory of Al to the Onaway Sports Boosters.

Cremation arrangements were in care of Chagnon Funeral Home.