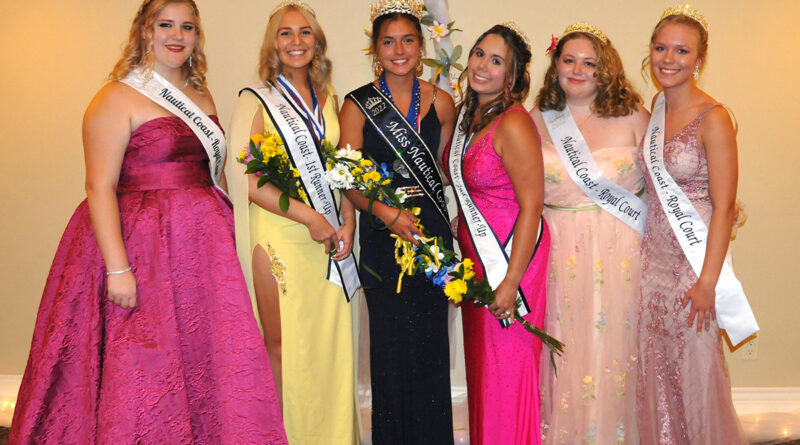 Hosted by Mikaela Bannon, the reigning Miss Michigan Volunteer, the candidates sparkled in the Hawaiian theme used for the pageant.

Elizabeth won the award for her essay, she shared the meet-and-greet award with Sorget, won the interview award, the artwork award for creating a wooden planter and won the evening gown award. She is a 2022 graduate of Posen High School where she was a decorated athlete in four sports and a co-valedictorian of her class with a perfect 4.0 grade point average.

“I was in shock. I kind of viewed this as a kind of athletic competition. Obviously you want to win but you never know what to expect. I always thought I was a good writer, but never thought I would win an award for it,” she said.

“I had a ton of fun. I didn’t think I was a scholarship pageant girl, but here I was, I competed and the cards were in my favor a little bit.”

Alayna Sorget, the daughter of Dave and Brenda Sorget of Hawks, earned a $500 scholarship as first runner-up and earned the congeniality award. She also won the diligence award, presented to the candidate who shows care and effort into their work at the pageant. She shared the meet-and-greet award with Romel, where judges rate how the candidates mingle with the crowd as they entered the building.  Alayna is a 2020 graduate of Rogers City High School and earned the title of Miss Rogers City 2019 and served an extra year in 2020 during the pandemic. She became eligible to compete in for Miss Nautical Coast after the Miss Rogers City pageant was ended and the Miss Nautical Coast pageant was expanded to include all young ladies ages 16-19 who reside in Presque Isle County.

Josephine Bellmore, is the daughter of Scottie and Lucinda Bellmore of Rogers City and a 2022 graduate of RCHS.

Other members of the court include Jadyn Hanson, Morgan Bruning and Lylian Bickhardt.

Pageant directors Missy Bannon and Nicole Bannasch were pleased with the sold out event conducted for the second year at the Hentkowski Funeral Home.

“I feel the evening went extremely well. Our candidates all did exceptional and are all deserving of this title, but of course there can only be one title holder. I am so proud of the young women they are and what their future holds. Also, a big thank you to everyone who came out to support our young ladies in tonight‘s event. I love how our community has come together and in opening our scholarship program to the county of Presque Isle, I like the diversity that has come each candidate and I feel change is good and essential for growth,” Missy Bannon said after the pageant.

“It was a very smooth night and very exciting. You could tell the contestants were very excited to be out there. Our judges were fantastic and everything that we planned went absolutely smooth and it was a fun night for the audience and the girls,” Bannasch said.

Judges for the event were Ann Lynch, Nancy Wenzel Patterson, who was the first Nautical City queen in 1977, and Brandy Wolfgram.

The queen and her court will have a busy week hosting and being a part of events at the festival that begin with an appearance at the Sailors’ Memorial Tuesday night and directing some young artists in creating sidewalk art at the courthouse Wednesday morning beginning at 10 a.m.

Among their other activities, they will ride in classic cars at the end of Saturday’s car show and dance with their fathers in the daddy-daughter dance at the big tent and the court will ride on the festival float in Sunday’s grand parade. 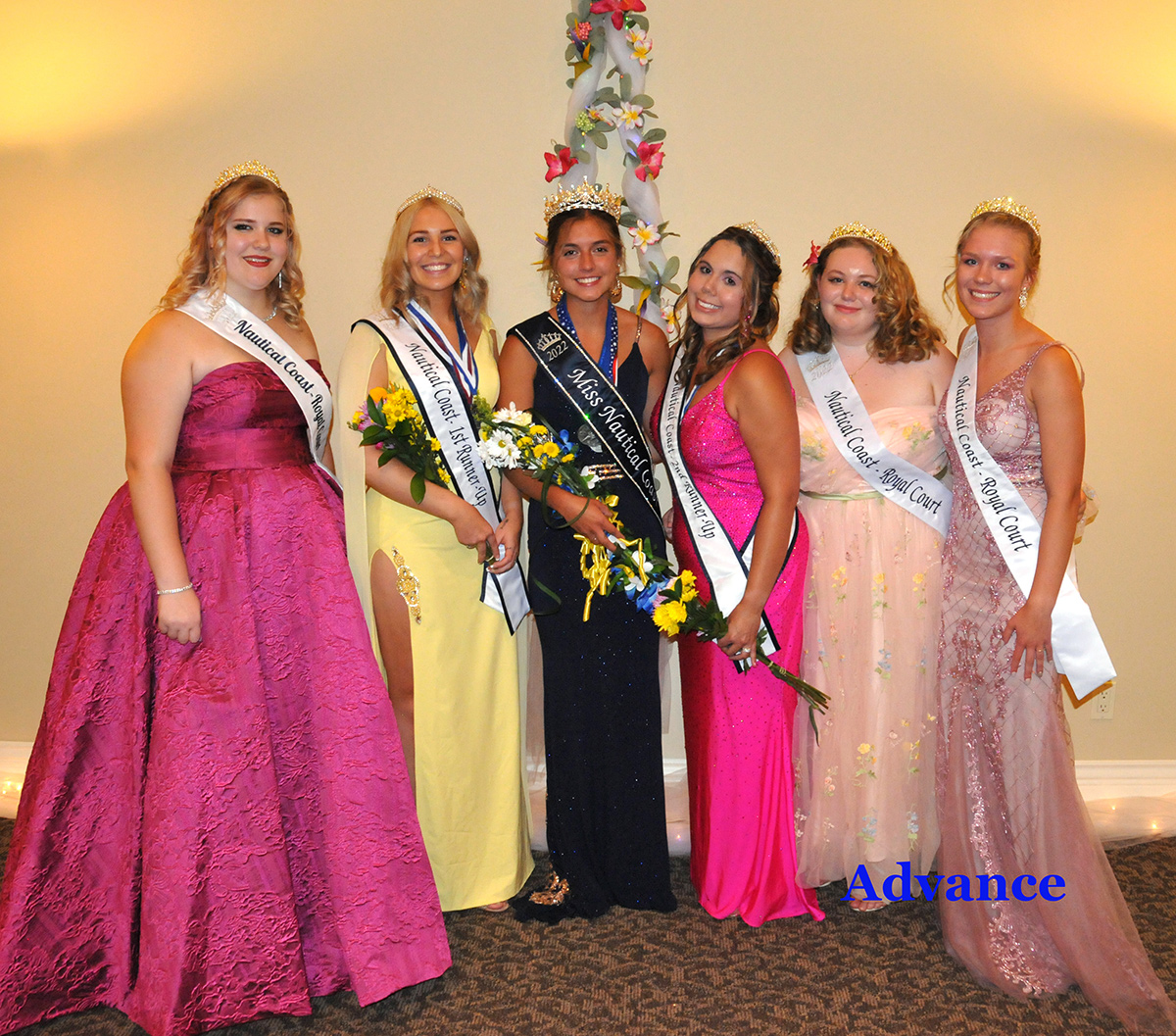