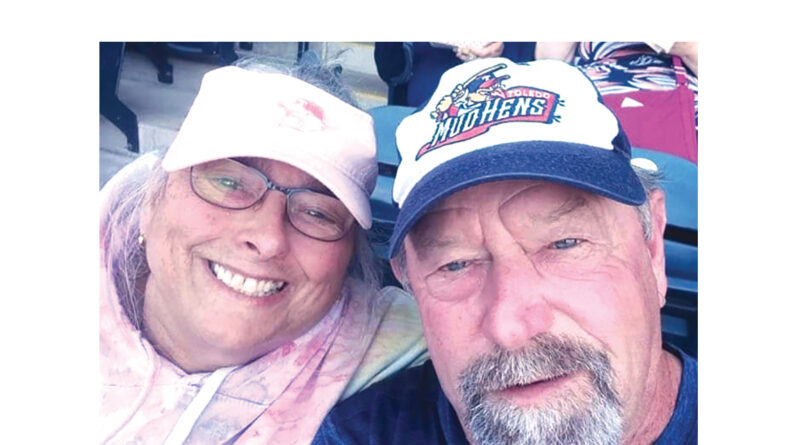 by Peter Jakey and Richard Lamb

The tragic loss of Patrick Kowalski, 72, and Barbara “Barb” Kowalski, 69, in a suburban Detroit auto accident has left a family grief stricken and the community of Posen and its neighbors mourning.

The couple were lost together on I-696 in Farmington Hills when a semitractor-trailer rear-ended their Buick LaCrosse, June 23.

According to the Michigan State Police (MSP), Metro Division, the 57-year-old driver of the truck was westbound on I-696 when he struck the Kowalskis’ vehicle, instantly killing them. 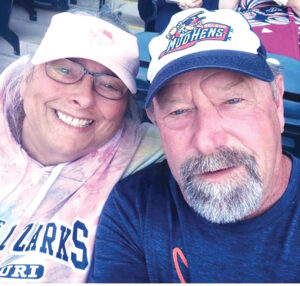 Patrick was the legendary Posen baseball coach who took the program to the 2000 Division 4 state championship game and won nearly 500 games over three decades before retiring at the end of the 2019 season.

Barbara had just retired in February from private counseling in Alpena, that was offering new found time for the couple to travel and spend time with family and friends.

“They were so excited for the next chapter of their life. For the last six months, Mom and Dad were focused on watching their grandchildren play baseball, basketball, cross country and hockey. They truly enjoyed spending time supporting their grandchildren,” said son Jason Kowalski. “Mom and Dad were returning from a three-week vacation visiting family and friends in Connecticut and New Jersey.”

The morning of the accident Patrick and Barbara were traveling to Lake Isabella to pick up their two cats from daughter Stacy Kowalski LeSage’s home.

MSP troopers went to the homes of Jason and Stacy to let them know that their parents were lost; however, the family already had heard about a major accident on I-696 and were making phone calls because their parents were not returning calls or messages.

“The only comfort for my siblings and I right now is knowing they were together as we truly believe one parent would not want to be on this Earth without the other,” said Stacy. “The investigator on scene told us that they were holding hands when they passed.  They were fantastic parents and we were very, very lucky to have them.”

Patrick taught physical science, chemistry, computers and biology at Posen Consolidated Schools for 30.1 years. He started coaching baseball when Jason was a sophomore in 1990.

“I remember specifically when I was a freshman, my dad came to pick me up a half hour early and he watched practice,” said Jason. “I did not think much of it. In March, he told me he was going to be the varsity baseball coach. I was really excited. I knew he knew a lot about baseball and he was always willing to learn, too.”

He built the program into a northern Michigan powerhouse with back-to-back visits to the final-four in Battle Creek in 1999 and 2000. His Vikings lost to Bay City All Saints, 3-1, in the state championship game.

Patrick was inducted into the Michigan High School Baseball Coaches Association Hall of Fame in 2010. He is enshrined at Comerica Park in downtown Detroit.

In the spring of 2019, Rogers City Little League honored the longtime coach by naming him grand marshal of the parade.

Barbara was a stay-at-home mom when the couple was first married, and when their children were still in grade school, she went to Lake Superior State University and obtained a criminal justice degree. She started working for family services in Presque Isle County and later Rogers City Area Schools as a counselor.

“After all the kids went to college, she went back to college to Western (Michigan University), and left my dad for two years, to obtain a Master of Social Work,” said Jason. She came back to northeast lower Michigan and worked for Northeast Michigan Community Mental Health before going into private practice.

“Talk about a brave lady, she went back to school twice,” said Jason. “Once, when her kids were in elementary school and high school to get her bachelor’s degree,” he said. “And then once we all left, she went to Western.

“I mean, who does that? It was an unreal accomplishment for her to do that. My dad was very supportive. ‘Whatever you want to do Barb, you go and do.’ ”

At the end of every baseball season, Patrick and Barbara would open their Grand Lake property to the team for food and fun on the lake.

“Any good coach has a great wife who supports them, through wins and losses, the ups and downs of sports,” added Jason. “My mom was always there behind the scenes, supporting my dad for 30 years. They both loved the kids.”

Patrick and Barbara also were the co-owners of P & B Christmas Greens, a family business of 40 plus years.

The crash resulted in a chain reaction striking three other vehicles. Two other drivers were transported to local hospitals with what were believed to be nonlife-threatening injuries.

Westbound I-696 was closed to traffic until about 7 p.m. that evening. The investigation pends toxicology, medical examiner reports and reconstruction reports. An investigator’s report will be submitted to the prosecutor’s office when the investigation is completed.&nb

“Our family’s thoughts about the whole situation is that it is still under investigation,” said Jason. “We are going to let the Michigan State Police do their job.”

The couple is survived by four children: Jacqueline, Jason, Stacy and Shannon, along with nine grandchildren ranging in ages of 10 to 21.