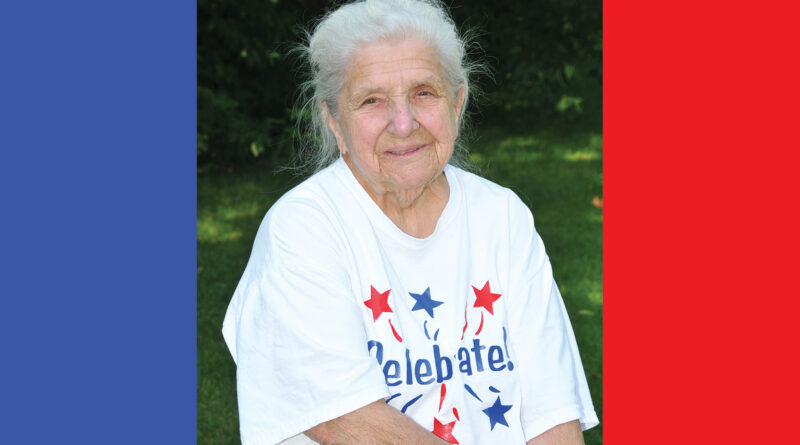 The theme of this year’s annual Onaway Fourth of July parade is “There’s No Place Like Home.” Sure, Dorothy from the Wizard of Oz said the famous line in the classic 1939 film, but she was talking about Kansas.

When Kaye Porter says it, she is talking about Onaway.

The lifelong resident was born in Onaway (1940), graduated from Onaway High School (Class of 1958) and will now lead the 2022 community parade as the grand marshal, riding in an Amish horse-drawn buggy. There will be no convertibles or fancy cars for Kaye, who was the overwhelming choice made by a community she supports and loves.

“I don’t do what I do to get attention,” said Kaye.

What has Kaye done? The better question is, what has she not been involved in? Let’s start with her place of worship: Onaway United Methodist Church. 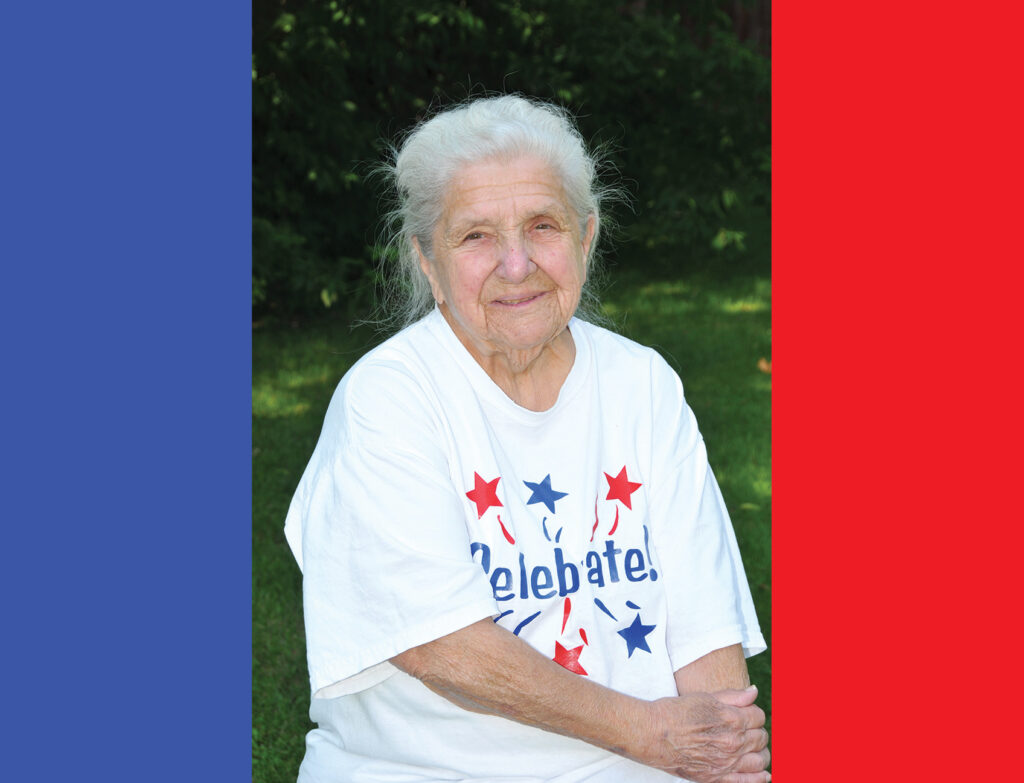 If there is a funeral meal to be made at her church, Kaye is sure to be right in the middle of it. If it is over at St. Paul Catholic Church, she probably will be over in that kitchen, too, easing the burdens of a grieving family. It does not matter what church it is. She has taught Sunday school and was right in the center of Vacation Bible School.

Kaye was involved with the George C. Garms Veterans of Foreign Wars Post 5857 Women’s Auxiliary, that still performs functions in the community, along with the junior auxiliary.

Add, Versiti Blood Centers’ drives, with the next one July 12, and she will be there on the frontline. She will be heavily involved in the pie and ice cream social Monday at the church from 11 a.m. to 3 p.m. and nobody will promote it more.

There has been Friends of the Library, Girl Scouts leader and chairwomen of the cookie drive, along with putting together family and class reunions.

“It’s the talent that God gave me,” said Kaye. “My mother and grandmother always took food to people who did not have anything.” She said there was a person from the Onaway community, who did not have family from the area.

“Every holiday, we would have to make him a plate of food,” said Kaye.

Before her Onaway family, nothing matters more to Kaye than her immediate family. At one time that included four children: John (Michelle) Murphy, Irvine Murphy, Stephanie (Brian) Vermilya and Theresa (Tom) Lupu. She also helped her husband Dale Porter, who passed away in 1999, raise her step children Lisa Dempsey and Johnny Porter. Both Stephanie and Johnny are sadly gone.

Kaye is also excited to talk about her nine grandchildren and 10 great-children (one on the way and one that passed).

She told one last story that best describes her feelings about the community. Like some teenagers, Kaye could not wait to leave the small northern Michigan town and spread her wings.

“I will tell you, when I came back two years later, I was never so glad to see Onaway again,” she said.

The parade starts at noon; however, lineup starts at 10 a.m. with a float competition involving cash from the Onaway Community Chamber of Commerce. Judging will be based on best use of theme; overall appearance; and originality and creativity. The judging

Following the parade will be the water fight in the center of town.

The weekend fun starts with the Dancing Hippo Arts & Crafts Show on the lawn of the historic Onaway Courthouse Building from 10 a.m. to 4 p.m. both Saturday and Sunday. It will be 10 a.m. to 3 p.m. on the Fourth of July.

Monday morning, Holy Cross Lutheran Church will be hosting a 5K/run/walk. Registration starts at 7:30 a.m. rain or shine and there is a fee.

Forest Preston Jr. American Legion Post 317 will set up a hot dog stand at the corner of North Veterans Drive and State Street.

The fireworks will be at the Onaway Speedway at dusk with parking available at the speedway, school and along M-33.