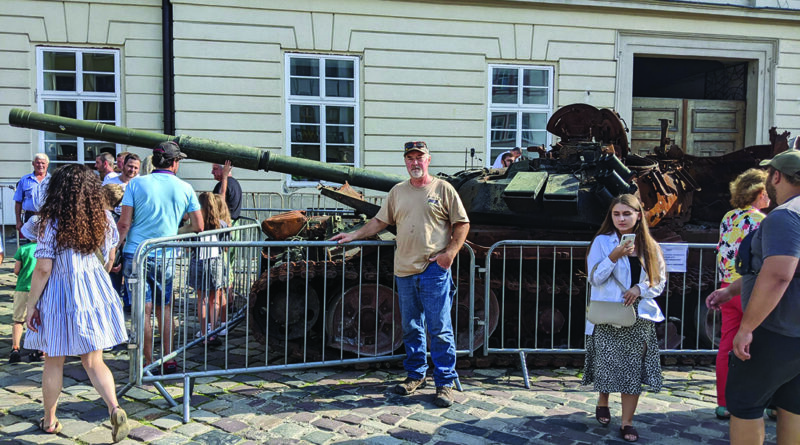 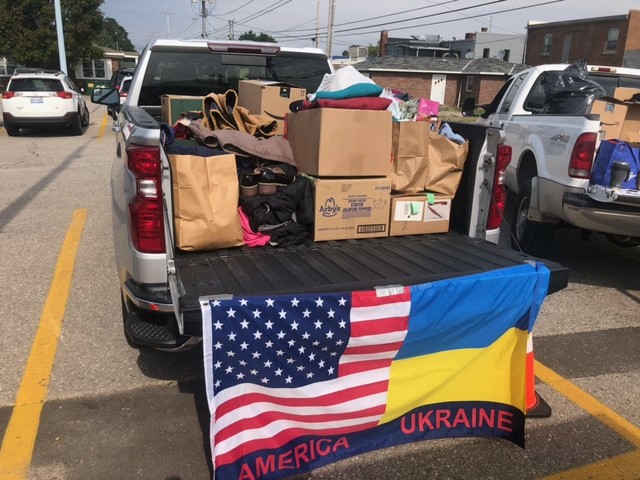 The response to the One Box for Ukraine at the Rogers City farmers’ market was outstanding last Friday, according to organizer Boyd Byelich.

Caring folks of the community brought out garbage bags and boxes of winter clothing items that will be shipped to Poland for refugees and Ukrainians still in the country or have decided to go back.

“I thought it was very impressive. I did not really know what to expect, but I did not know if they would hear about it in time,” said Byelich, talking about the success of the farmers’ market drop-off. “Obviously, they did. Obviously, they read the Presque Isle County Advance. This started at nine in the morning. By noon we filled up two pickups with clothing donation.” Gary Shepperd from Bonz Beach Farms of Onaway, a frequent visitor to the farmers’ market, provided assistance. 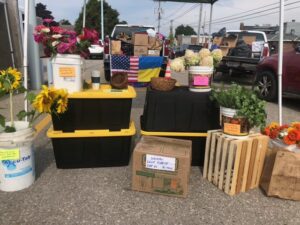 The generosity did not end with the clothing as $1,000 in cash donations were provided to cover the shipping costs. Byelich has been driving to Detroit to drop them off to ensure that they end up at their destination.

His house on South Lake Street is quickly running out of room as he waits for the distribution center to move to a new location in Poland, and then at that time, he can resume shipments.

“They will resume soon,” he said. “I just got the new location today to be able to ship things to. I also have more information on what to ship. Within the next two weeks I will be taking the first load down and then I may be going down every week because some things have built up for over a month.”

The name of the organization that Byelich delivers the items to is called Amerpol Travel Agency of Troy.

“There are three women that work there, two are Polish and one is Ukrainian and all speak fluent Polish,” said Byelich. “The one woman speaks Polish, Russian, Ukrainian and English better than you and me. They have been super helpful in making sure everything gets to the right places and how to work through customs. It’s become a fluid pipeline to get things to where they need to be going. We are 96 for 96 in the boxes we have shipped.”

Byelich was so moved by the Russian invasion of Ukraine earlier this year that it compelled him to make a difference, but not just from a computer screen. He wanted to provide assistance on the front line and got connected with the right organization to make that happen.

So, he decided to go over in April to volunteer his services in Poland for the thousands of refugees that fled

Then in August, he returned again, this time venturing across the border himself on a mission to distribute items to those in need.

Along the way, he has made many friends in both countries and remains in touch with them.

Byelich’s story was picked up and broadcast across northern Michigan late last week on 9 & 10 News.

Byelich will remain busy making runs to Detroit in his gas saving vehicle. In the meantime, he will start collecting toys for Christmas. It will need to be small items that can fit into a shoebox.

Byelich urged everyone to continue following One Box for Ukraine on Facebook for the list of suggested items or call him at 307-286-4807 for more information.