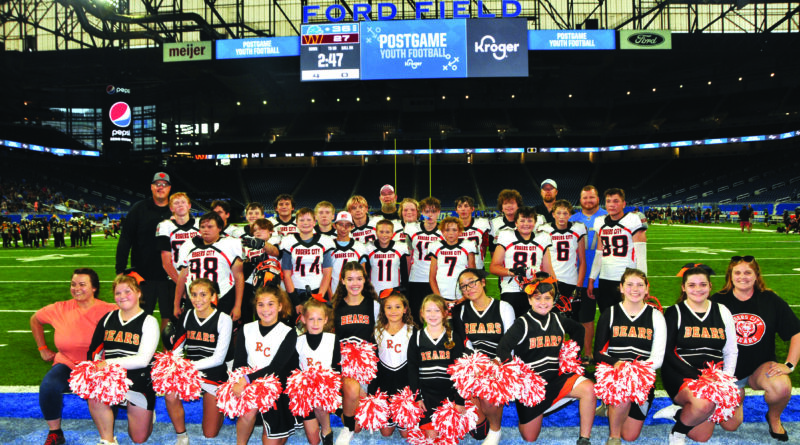 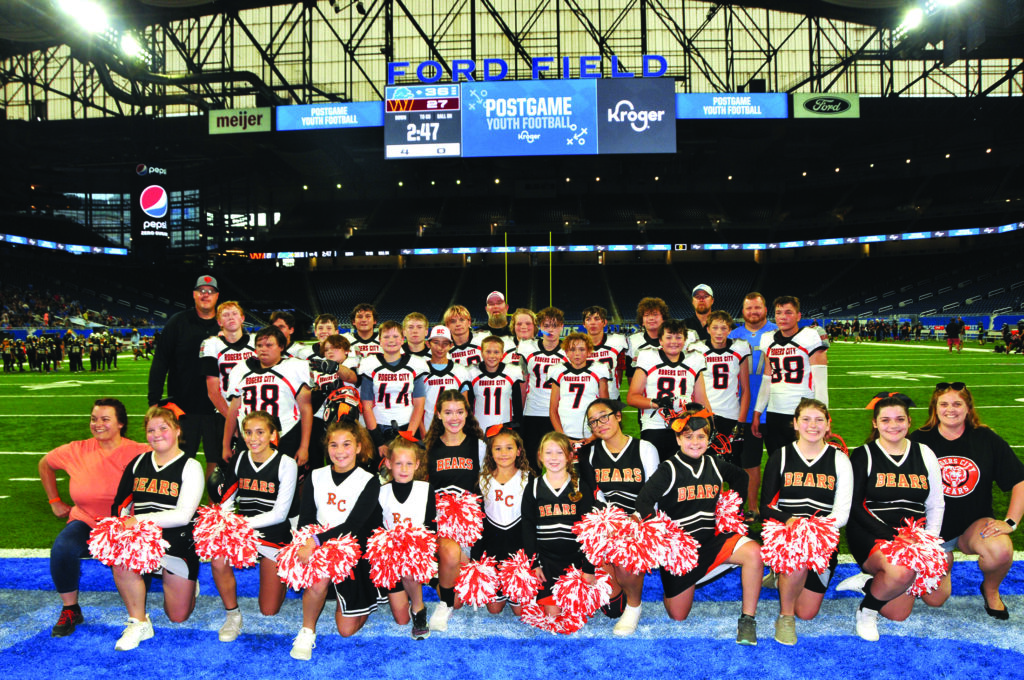 It has been 40 years this fall since a Rogers City football went downstate and played a game at the home of the Detroit Lions.

In 1982, the Rogers City Hurons played for a Class C state championship at the Pontiac Silverdome.

Sunday, the stakes were nowhere near as high, but the Bears’ peewee varsity youth football team followed in the footsteps of history and made a little history in the process under the bright lights of Ford Field in downtown Detroit.

The Bears defeated their neighbors from Montmorency County, the Hillman Bengals, by scoring two touchdowns in their 10-minutes of offense and then shutout the Bengals in near dominating fashion. The touchdowns were scored by Ethan Spens and Aiden Kowalski, both on end around plays.

Spens had to fight his way into the end zone inside the 5-yard line, but pushed across the for the first score. Kowalski went untouched until he had to provide a stiff arm at the goal line.

According to a Lions’ official on the field, this was the first eight-man game to ever be played at Ford Field.

The win by the Bears was the icing on the cake, because the Lions had won their game less than an hour before over the Washington Commanders.

What took weeks of preparation lasted only about 25 minutes with the players making their way down to the field to put on their shoulder pads, and then after a quick warm-up, it was time to play some football. The 20 minutes of football went fast.

“Honestly, it was the smiles that made it all worth it,” said head coach Chris McKinstry. “That was very cool. And, to finally get a win. It is such a huge weight off of their shoulders.”

The varsity Bears had not won a game since 2019 and it happened to be at one of the biggest football stages in the state.

“That eighth-grade group, this is only their third win since they have been playing football,” said McKinstry. 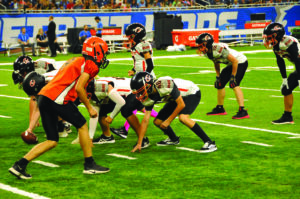 “I told them when we were headed down to the field, ‘listen guys, it’s a big stage, it’s a big deal. At the end of the day, it’s just football.’ ”

It will go down as one of the most memorable moments in the history of the youth football program for the players and the peewee cheerleaders.

There were many fans, parents and friends watching behind the Lions’ bench in the stands. There were even three players from the high school varsity in attendance.