Amber Clement took over Tuesday in Rogers City for Mike Grulke, who had been serving as interim director since 2013.

Clement was meeting staff and getting comfortable with her new corner office.

She was born and raised in Sault Ste. Marie and had been working at Bayliss Public Library, which is now part of Superior District Library, for 10 years.

“I started off as a part-time library clerk and moved into the reference position when the person retired,” said Clement, who graduated from Lake Superior State University with a bachelor’s degree in 2003.

She earned a master of library science degree from the University of Wisconsin, Milwaukee in December 2014.

“I have been the genealogist, cataloger,” said Clement. “I had a slew of different jobs.”

An opportunity to move up was not going to present itself in the foreseeable future, so she explored other opportunities.

“I have been there for 35 years and have family that goes back to the 1870s. We’re ready for the move, ready for a new adventure,” she said.

“They are going to stay in the Soo until the end of the school year,” she said. “Kevin and I enjoy the outdoors, camping, hiking, trailing.”

PIDL has five branches in Rogers City, Grand Lake, Posen, Onaway and Millersburg. She has been to all of them and says they “Are all special in their own way.

aid. The position was posted in June.

Some candidates did not work out before Clement came into the picture in September.

Mike Grulke had been serving as interim director since Stevenson left. He said it would have been a substantial investment to get the required degree. He would have needed a master of library science degree from an American Library Association Approved Institution by the end of the year, but it not something he wanted to pursue at this point in his career.

“I am enjoying what I am doing,” said Grulke. He serves as reference librarian and has been with PIDL since 2010.

“I look forward to meeting everyone in the community and melting into the rest of daily life here,” she added. 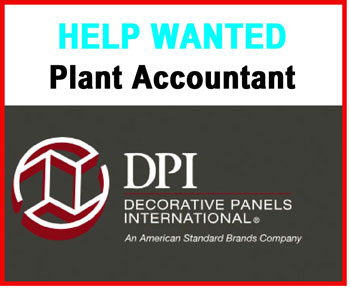