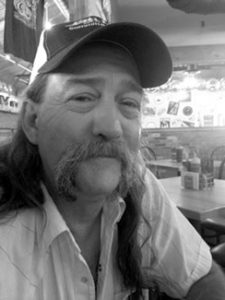 He left this world July 8, 2017 in Lexington, Oklahoma at his fianc?e’s, Karolena Rosson, house.

Mark was raised in Rogers City until 1980 graduation in which he moved to Oklahoma.

In 1982, he married Karen Matthews and had two sons, Eric and Patrick, but divorced in 1993. Mark loved working as a code qualified welder and crane operator for such industries as the Y.A.C.C., Q.B. Inc. & Pressure Vessels Inc.

Mark is preceded in death by his father, Stanley Vekaryasz.

Mark has always loved life to its fullest so to honor his wishes there won’t be a funeral service but a memorial life party at his fianc?e’s house where he resided.

The life party was held July 22.

Mark’s ashes will be flown home to Rogers City August 18 at which time his family will help him complete the final journey with his father at a later date.