On September 30, 2017 the world became a little less bright. One of the kindest men, our father, grandfather, uncle and brother Wayne David Badder Sr., 60, went to join his soul mate Denise Keeley Badder on their next adventure. 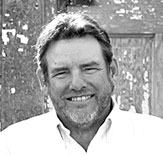 Wayne David was the second eldest of five children born in Midland in 1957 to the late Duane “Buck” and Julie Badder. He moved to Onaway in 1967 where he met his wife of 40 years, Denise. Together, the high school sweethearts moved from Onaway to Delta Junction, Alaska where they built their life, home and a family (Wayne Jr. and Jesse). While in Alaska, Wayne David could be found outdoors camping, fishing, playing softball (state champs), riding a snow machine or following his boys to cheer them on in numerous sports’ activities. Always with Denise by his side.

In 1996 his job with the federal government moved the family to North Pole, Alaska where they stayed until the boys graduated.  In 1999 after nearly 23 years in Alaska they decided to go from one temperature extreme to another and moved to Death Valley National Park where he worked as the chief of maintenance.

Wayne David served on regional and national boards over the next 18 years developing policy to preserve the beauty and improving the infrastructure of Death Valley, which will be enjoyed for generations to come.

Wayne David’s success was due to his drive and determination, which allowed him to quickly become a respected leader throughout the entire National Park Service.

Wayne David, a self-proclaimed desert rat, vowed from then on he’d never live anywhere the climate would require him to need socks or long pants. He stayed true to his word and after the passing of his beloved he again found new adventures in the warmth of the Florida sun. Wayne David loved to spend his days out on the water in his boat with his family, catching a baseball game, driving his Jeep, and watching NASCAR, but he would drop everything the instant he saw a FaceTime call from his grandchildren.

Wayne David’s passing has left such a hole in our families lives.  He was a friend and confidant to many and a father figure to more than his two sons. Our lives will never be the same without this amazing man. He would not want us to sit here and grieve so, family and fri

ends, turn on some Bob Seager, lift a glass and cheers to a great man.

Wayne David was preceded in death by his loving wife, Denise Keeley; parents, Duane, Julie and Barb Badder along with brother-in-law Wally Larson all of Onaway.

In lieu of flowers the family ask donations be made in his name to the National Park Service.