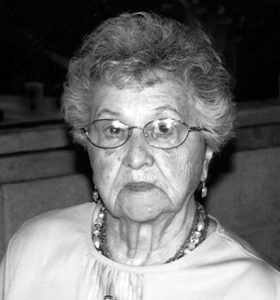 She was born February 11, 1926 in Poland to Joseph and Anna (Palusinska) Kubisiak. Sophie was a member of St. Casimir Catholic Church,
its Rosary Sodality and the Posen Veterans of Foreign Wars (VFW) Auxiliary. In her younger years, she was employed at Wayne Wire in Hillman and Essex Wire in Atlanta. She enjoyed gardening, baking, bingo and playing cards.

Inurnment will take place in St. Casimir Catholic Cemetery at a later date. Arrangements are in care of the Beck Funeral Home.
Online condolences may be addressed through www.beckfuneralhome.org.