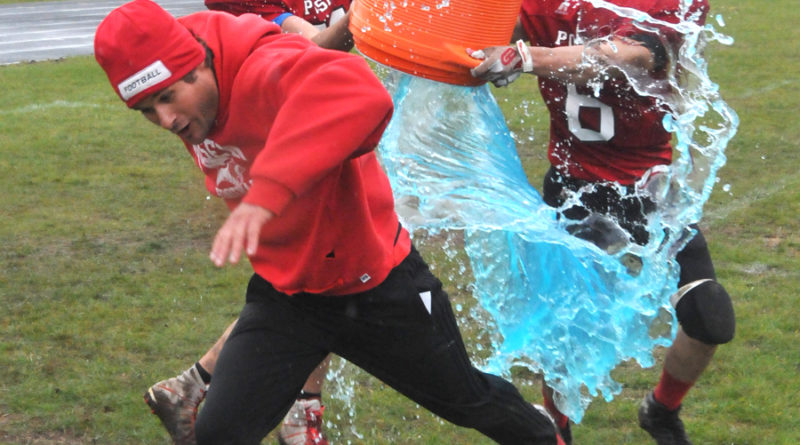 It was a great accomplishment for Rogers City sophomore Morgan Baller to win a second-straight regional championship.
There was a lot of work and training that got her to where she is today, but there was some pre-game strategy that paid dividends last Saturday in Gaylord.

Hurons’ cross-country coach Rob Kortman had some tips for his young runner before the race. He wanted her to get off to a fast start. “She went out and commanded it,” said Kortman. “I’ll tell you what, that girl from St. Mary’s was dogging her the first two miles. She was no more than 20 meters behind her.” And there was a Joburg runner on her heels at the finish.
Next stop is the prestigious race at the Michigan International Speedway. Where Baller, if she does not win it all, is going for all-state status for the second year in a row. That has not happened since the early 2000s when Lauren Fairbanks was leading the Hurons and won a state title.
Baller’s success has not come without hard work. “She’s doing the extra things that make you better,” said Kortman. She attended a running camp in Wolverine and works on an elliptical machine during the winter.
“You can go out and be a phenomenal runner; but to get to that next level up, you need to run during the summer, you need to put those extra miles in, so your body is accustomed to it. So, when your body is being pushed hard during the season, you don’t tend to have the same aches and pains,” said Kortman.
Good luck to Baller and big congratulations to fellow Huron Matthew Wilbert and Onaway’s Teddy Peters for getting there, too.
***      ***      ***
If there is one thing Posen needs to work on, following an impressive home-playoff win, it’s dumping the Gatorade cooler on the coach.
The Gatorade shower is a sports’ tradition where players dump a cooler full of Gatorade or water on their head coach after a meaningful victory.
When the final horn sounded, Posen’s rushing stars Mark Wisniewski and Sam Brunet grabbed the cooler and tried to douse their head coach Greg Pietsch.
The young men got in position, but there was one problem. North Huron had just completed a long pass play to score a touchdown in the final seconds. The smiles on the coaches’ faces turned to frowns for a brief moment. It looked like Brunet and Wisniewski did not know what to do. The famous Nike slogan must have come to mind: “Just Do It.”

It’s been a long time since Pietsch was the quarterback of a Rogers City football team, but he’s still got some scrambling ability. He narrowly avoided the shower, did a barrel roll on the wet football turf trying to get away, and popped right back up. Most of the Gatorade went to the ground.
Brunet took what was left in the cooler and sprinkled the remaining drops on Pietsch, who was victorious in more ways than one Saturday.
But, I’m absolutely sure, Pietsch would be more than happy to stand still for one moment and take whatever Gatorade showers his boys wanted to dish out, if the Vikings were able to win the school’s first eight-man regional trophy.