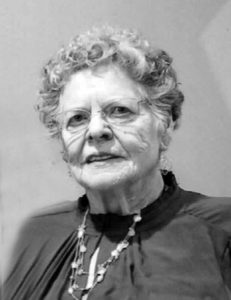 Erika met Donald Remus while he was stationed in Germany and she was a nanny to another military family. They were married in Ober Ursel, Germany January 18, 1956. In 1957, she followed Donald back to the states with two children, one being 5 weeks old.

ndchildren; numerous nieces and nephews; a brother, Siegfried (Monika) Städele of Germany; two sisters, Margit Wende and Elvie Ludes both of Germany; sister-in-law, Lillian Wirgau; and her four-legged friends, Sheba and Izzy. Chris was preceded in death by her husband, Donald; parents; and a son-in-law, Michael Romel.

Friends may visit at the Beck Funeral Home Friday, December 7, from 4-7 p.m. Visitation will resume Saturday at St. Peter Lutheran Church in Metz from 9 a.m. until time of her funeral at 10 a.m. with the Rev. Jeff Ryan officiating.