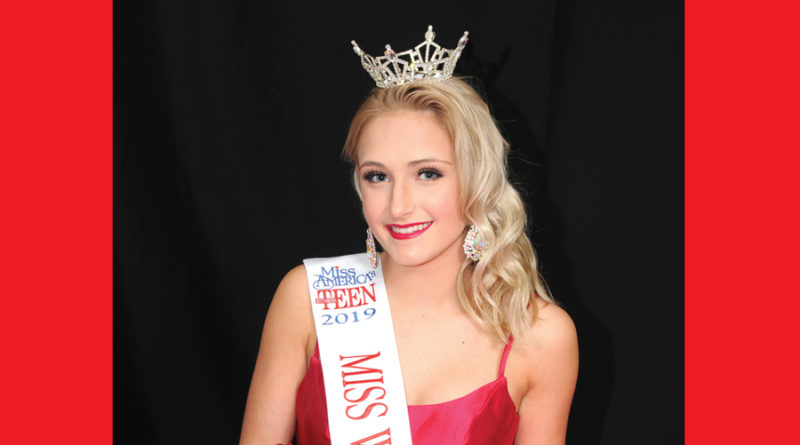 by Richard Lamb–Advance Editor
A Lake Huron young woman will be representing the west side of the state at this year’s Miss Michigan Outstanding Teen pageant. MiKaela Bannon, 17 and a junior at Rogers City High School won the title of Miss West Michigan Outstanding Teen at last Saturday’s pageant in Middleville. The pageant drew nine contestants from all over the state of Michigan.

“The first part of the competition was the interview and it went extremely well. I would say this was one of the best interviews I have ever done. The judges were so relatable and we made a nice connection,” Bannon said.
“I feel that is the spot that really counts and that is where they see your real personality.”
She performed a dance to a song from “Pirates of the Caribbean, the Curse of the Black Pearl” featuring elements of pointe and ribbon dancing.
She has participated in a number of qualifying pageants this year with the goal of returning to the state pageant in Muskegon in June. Her three previous years as a contestant at the state pageant came as Miss Sunrise Side Outstanding Teen, then as an at-large contestant and the next year as Miss Huron Shores Outstanding Teen.
“This is the last time before I age-out,” she said.
MiKaela is the daughter of Bill and Missy Bannon of Rogers City.