Antanas Kazlauskas, known as “Tony” or “Mr. K”, of Onaway, passed away at the age of 94 at the Reserve of Spring Hill in Spring Hill, Tennessee Saturday, March 2, 2019.  Tony resided with his daughter and son-in-law since November of 2018 so they could care for him after a fall and fractured hip.

On March 6, 1948 Antanas “Tony” and Elizabeth “Liz” married in Bomberg City, Germany.  On January 6, 1951, they arrived in the New York Harbor, United States on the shipGeneral Sturgeouswhere they were sponsored by St. Anthony Church in Detroit. Tony worked for Star Tool & Die as a tool and die maker until his retirement in 1980. In 1980, Tony and Liz moved permanently to Onaway where they owned property since the late 1960s. Tony loved the outdoors.  He loved fishing, hunting, gardening, bird-watching and spending time with grandchildren and great-grandchildren. Tony was a member of St. Paul Catholic Church in Onaway.

Tony will be sadly missed by his only living daughter, Genie (Mark) Sikora of Thompsons S 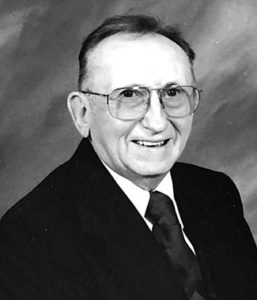