John served in the United States Air Force during the Korean War.?When he returned home he married Patricia Norenberg May 18, 1957 in Detroit. Following his retirement in 1998 from the Sheet Metal Local 80 in Detroit the Loughrans moved to Rogers City. John enjoyed bowling and spending time with his family. He will be remembered as a huge University of Michigan fan.

He was preceded in death by his parents, John and Ida; a son, Michael; and a sister, Patricia Miron.

Visitation was at the Beck Funeral Home Wednesday, March 6,  from 4 p.m. through time of his funeral at 7 p.m. with Sister Mary Michelz officiating. Rogers City Veterans of Foreign Wars Post 607 offered a military tribute immediately following.

Interment will take place at Great Lakes National Cemetery.?Memorials may be given to Medilodge activities room or Rogers City Fire Department. Online condolences may be addressed through www.beckfuneralhome.org. 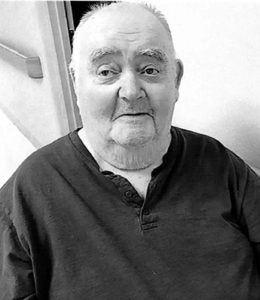