Gerald Edward Wirgau, 88, of Glennie passed away Easter Sunday, April 21, 2019 at his home with family by his side. 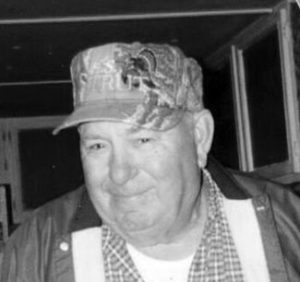 Gerald was born October 13, 1930 in Rogers City to the late Theodore and Harriet (Ostrander) Wirgau. He enlisted in the United States Army in 1949 proudly serving until his honorable discharge in 1952. Gerald was a machinist in California working with the United States government for Lockeed Martin Aircraft Company.  After he retired in 1989, he moved to the Glennie area to enjoy woodworking, hunting, but mainly fishing the AuSable River.  He was a member of the American Legion.

eat-granddaughter; two great-great-granddaughters; sisters, Eleanor Hartman and Jo Telgeski; a brother Glen Paull; and many nieces and nephews.  In addition to his parents, he was preceded in death by his first wife, Thelma; three sister; and two brothers.

Online condolences may be offered at www.bureshfuneralhomes.com.