John Charles Vogelheim, 76, of Rogers City passed away at the VA Hospital in Reno, Nevada February 20, 2019. 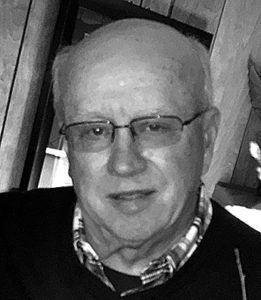 John was a graduate of Rogers City High School and he went on to graduate from University of North Texas. After graduation he served his country in Vietnam as a member of the United States Army. He was honorably discharged from the Army and returned home to eventually run the Vogelheim Lumber Company and became an active member in the community. He was involved in the Knights of Columbus, past president of the chamber of commerce, Nautical City Festival Committee, Kiwanis and the Presque Isle Men’s Club to mention a few. He had a lifelong love of wooden boats and was a founding member of the Presque Isle Harbor Wooden Boat Show. He enjoyed hunting and spending time with family at his beloved Cranberry Lake Hunt Club. In the last 18 years, he and his wife Phyllis split time between Rogers City and Gardnerville, Nevada where he pursued his love of downhill skiing, and enjoyed many more dear friendships.

John was preceded in

death by his brother, Neil; and his parents, Karl and Margot.

Friends may visit at the Beck Funeral Home Thursday, May 2, from 4 – 8 p.m. where the Third Degree Knights of Columbus will recite the rosary at 6:30 p.m. followed by the parish wake at 7 p.m.
Visitation will resume Friday at St. Ignatius Catholic Church from 9 a.m. through time of his memorial Mass at 10 a.m. with The Rev. Rolando Silva officiating. Rogers City Veterans of Foreign Wars Post 607 will accord military honors immediately following.

Inurnment will take place at Mt. Calvary Catholic Cemetery.
In lieu of flowers, memorials may be given in memory of John Vogelheim to St. Ignatius School. Arrangements in care of the Beck Funeral Home.
Online condolences may be addressed through www.beckfuneralhome.org.