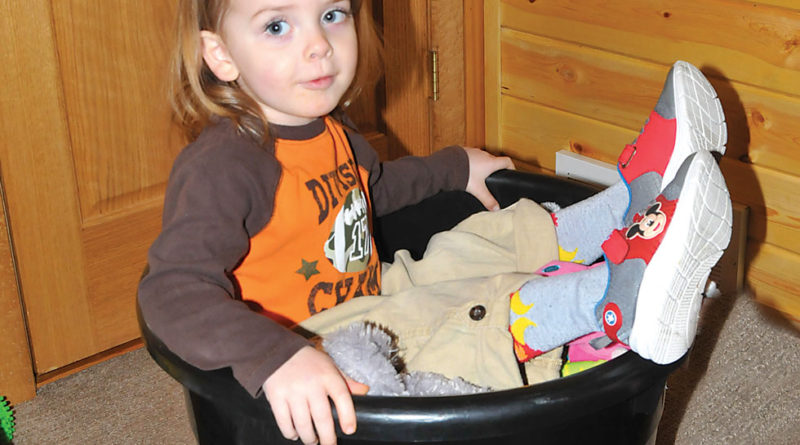 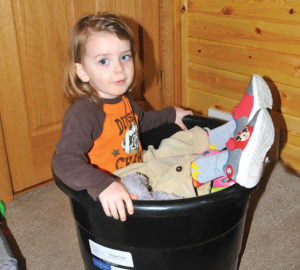 The lifesaving actions of three emergency medical workers will be acknowledged during the Little League opening-day ceremony Saturday in Rogers City.

For Sammantha Weathermon, the men are simply heroes, who saved her son, Ruger Weathermon’s, life, March 7.

The day was going well as 2-year-old Ruger waved and blew kisses at bus driver, Aaron Spens, who was picking up Ruger’s siblings Remington, 9, and Kate, 10, for school along Spens Road, 18 miles from Rogers City – 58 miles from MidMichigan Medical Center in Alpena.

“We came back to the house and had breakfast and talked about what we were going to do that day,” said Sammantha.

Ruger started banging on his chest and saying, “mom, har, har.” She started recording because something did not seem right to her and she wanted her cardiologist team at Mott Children’s Hospital in Ann Arbor to review the video, where he has been getting treatment for a heart condition the family found out about at birth.

“Being so far away from a hospital, you take lots of pictures and videos so you can call the cardiologist and ask, ‘where do you want us to go,’ ” she said. The situation then became dire.

“I could see his color change,” said Sammantha, who stopped recording and started calling 9-1-1. She carried her son to her vehicle and started toward the hospital.

She told the 9-1-1 operator that there was no time to wait.

Sammantha was driving along U.S.-23, calling out road names to the dispatcher as she dashed toward Alpena.

“When he was in his car seat, he was completely bent over,” said Sammantha. “I knew.”

She met the three in the open area along Lake Huron, just north of Rogers City.

Dan arrived in his own vehicle, while Fleury and Main got there in a Rogers City Area Ambulance Authority (RCAAA) vehicle.

“I handed the baby over to the crew. He was cold and limp,” she said.

On the way to the hospital, Dan, who had been off duty, and the crew, gave Ruger a lifeline. In medical terms it is an EZ-IO intraosseous infusion.

In laymen’s terms: drilling a hole in the leg, in a soft spot below the knee. The drill looks and sounds like any drill, just a little smaller.

THE PROCEDUREis put into use in high-stress medical emergencies to deliver drugs into the body as quick as possible.

“He has an enormous scar on his leg,” said Sammantha. “It’s still healing. I think it is beautiful because that maneuver saved his life that day.”

Ruger was airlifted to Ann Arbor and when Sammantha finally got there and talked with the outreach specialist and cardiology team, she learned how impressed they were with the quick action and training of RCAAA’s emergency medical personnel. Thus, the trio were nominated for the awards and will be presented.

“THEY TOLDme that whoever drilled the hole in his leg saved his life,” said Sammantha. Her son has undergone four open heart surgeries this year alone and five total in his short two years of life. He has a mechanical mitral valve and a pacemaker along with a lot of medications that are crucial to his daily life.

“Every single person in that ambulance had a part,” said Sammantha, who has not seen any of them since that day, but looks forward to the reunion and a chance to give out some bear hugs from a grateful mother.

“Those three men gave me the gift of life, the gift of one more day. People take so much for granted but witnessing your unresponsive child being given another breath from someone who does not know you will make you fall to your knees.”

She also learned later that one of the responders knows too well her circumstance of life with a heart child. Dan has a child with a heart condition. Sammantha was moved by this and felt she needed to find out more because there is a bond between someone knowing that feeling of being helpless.

“We found out we have the same cardiologist Dr. Sonal Owens and surgeon Dr. Richard Ohye from Mott Children’s in Ann Arbor,” she said.

“I am so honored to have these men show up and save my son, they call it a job, I call them heroes,” said Sammantha. “My life was forever changed that day in March and my gratitude to first responders is of the highest regard, they just showed up not realizing the impact they would have on one family that day.

Sammantha and her husband, Levi, have lived in the area for three years, and are natives of Houston, Texas. Levi is Carmeuse Lime & Stones Great Lakes’ area health and safety manager.

Sammantha and Levi will put up a tent at the Little League fields to provide heart safe information, hands-only CPR (cardiopulmo

nary resuscitation) and an opportunity to meet her heart warrior. Levi feels it is important to educate others on heart safety and it is the least we can do to give back to our community.

“I WOULDlove the Rogers City school district to adopt Project Adam –  making them a MI Heart Safe School so they can be prepared for sudden cardiac arrest emergency and provide education,” said Sammantha.

The Little League parade starts at noon from The Grambau Education Center with the ceremony to start once all the players march to the fields.