Leonard Budnik was the son of Julius and Theresa (Kieliszewski) and was born in Rogers City September 26, 1934. 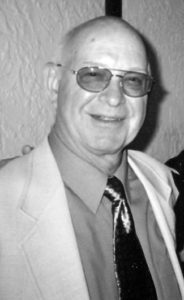 On September 30, 1961 he married Joan Szczerowski at St. Ignatius Catholic Church. He was preceded in death by his parents; and three brothers, Frank, Richard and Raymond.

Visitation was Sunday, June 9, at Hentkowski Funeral Home with the rosary that evening followed by a eulogy, and a parish prayer service. Visitation continued at the funeral home Monday morning with procession to St. Ignatius Catholic Church where funeral Mass took place with the Rev. Rolanda Silva officiating. Burial was at Mt. Calvary Cemetery.  Online condolences can be sent to hentkowskifuenral.com