Suzanne Meinke passed away peacefully with her family by her side June 30, 2019. She was 91. Born April 21, 1928 in Seneca Township to Paul and Elsie Culp, Suzanne was a graduate of Berkley High School.  She continued her education at Albion College, where she met her soul mate Paul Meinke.  She graduated from Western Michigan University in 1951 with a Bachelor of Science degree in occupational therapy and worked as an occupational therapist at Pontiac State Hospital until 1955. 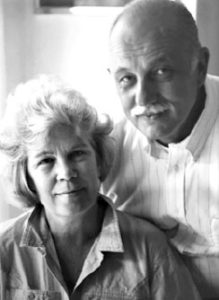 Suzanne and Paul married in August of 1951 and eventually settled down to raise their family in Ortonville. She was the founder of the Wolverine Riders 4-H Horse Club and volunteered many of her summers as superintendent over the horse clubs of Oakland County and oversaw the planning and scheduling of the horse events during the annual Oakland County 4-H Fair.  Suzanne was a source of light and inspiration for many and enjoyed working with young people. After being employed as a substitute teacher in the Brandon School District, she went on to become the middle school librarian where she retired after 20 years. She embraced learning and trying new things, especially technology. Suzanne loved shopping and believed that online shopping had been invented just for her!

ived there until just recently. They spent many days searching out Petoskey stones while walking the beach and even had time to travel around the country visiting friends and family.

She was preceded in death by her husband, Paul Meinke, who passed away May 23.

A private celebration of life will be held in Petoskey.