Cheryl Anne Queener, 61, of Rogers Township passed away peacefully at home surrounded by her family September 2, 2019. 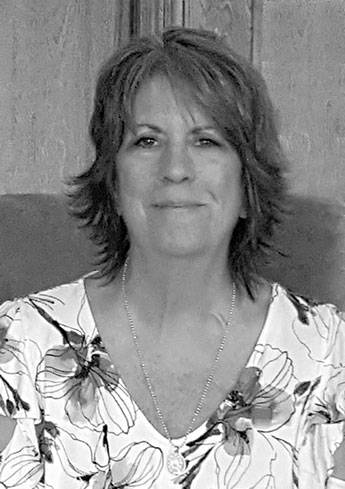 She was born October 5, 1957 in Detroit to Gordon and Carol (Willhite) Anderson.

Cheryl graduated from Livonia’s Bentley High School in 1975. She met Dennis at ACO hardware during her senior year and they married November 4, 1978. She worked briefly at GM Fisher Body Livonia until her children were born in 1980, 81.

In later years Cheryl also worked at her mother’s copy center (Graphic Connections) in Dearborn Heights, but finally found her calling as a bartender, and was fortunate enough to hone her skills at the Bench Pub of Livonia where she made many more friends during her 10 years there.

Cheryl retired with Dennis in 2016 and moved north to Rogers City where they have a family cabin and many friends that were retiring also. She enjoyed most of all spending time with her grandkids, walks on the shores of Lake Huron looking for pudding stones, and happy hour on the beach with her family and friends.

lly a grandmother in which she was known as “Grammy” to her precious grandkids. She touched a lot of hearts and will be missed tremendously.

Cheryl is survived by her husband, Dennis; two children, Dennis (Ashley) Queener of Lachine and
Lindsey (Ken) Stark of Livonia; three grandchildren, Oliver, Elizabeth and Gordon; she is also survived by her father, Gordon Anderson, and partner Nancy Soho of South Lyon/Northville; a brother, Gordie (Carol) Anderson of Whitmore Lake; and several loving nephews and nieces.

She was welcomed into heaven by her mother, Carol.
A celebration of life will take place at a later date.
Arrangements are in care of the Beck Funeral Home.
Online condolences may be addressed through www.beckfuneralhome.org.