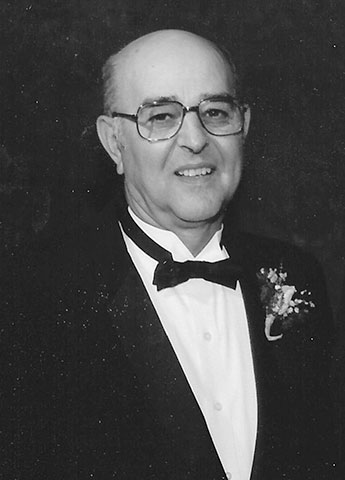 He and Nancy Heron were united in marriage July 27, 1957 and made their home in Millersburg where Olin ran Gould Hardware for many years. A man of quiet demeanor, Olin enjoyed hunting and farming. He was a veteran of the U.S. Army serving during the Korean War and was a lifetime member of the Onaway Veterans of Foreign Wars Post.

Surviving Olin is his wife of 62 years, Nancy of Millersburg; a daughter, Jane (David) Bricker of Petoskey; and a son, Dean (Melanie) of Fredericktown, Ohio; as well as his grandchildren

, Melissa, Michelle, Ryan, Robert, Neal, Reed and Aden; great-grandchildren, Kylie and Cameron; and great-great-grandson, Parker. Olin also leaves a brother, Max of Marion; and a sister, Marie Ranney of Belding. He was preceded in death by brothers, Donald, Leo, Glen, Ray and Carl.

Olin’s family received friends at a Celebration of Life gathering  Friday, August 30, at the Chagnon Funeral Home in Onaway.  Olin’s final resting place is at Millersburg at Riverside Cemetery.