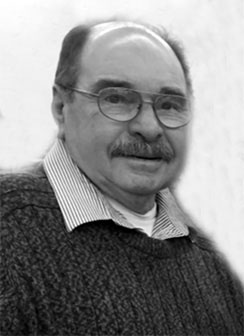 He was born February 2, 1944 in Rogers City to Andrew and Mary (Pokorski) Kroll.

John graduated from Posen High School in 1962. Following graduation, he worked construction in Detroit for a while, April 8, 1967 he married Mary Durecki at
St. Ignatius Catholic Church in Rogers City. After moving back to Posen, he worked at the Bruski Lumber Company. John worked for the Presque Isle County Road Commission from 1970 until his retirement in 2003. He was an active member of St. Casimir Catholic Church, the Knights of Columbus 3rd Degree Council 6657, and 4th Degree Assembly 1711, where he was past grand knight and former district Deputy. John was a founding member of the Posen Knights of Columbus Wild Game Dinner and Friday Night Fish Fry dinners. He enjoyed playing Alpena County League baseball, reading, gardening, woodworking, cooking and spending time in his sawmill.

He was preceded in death by his parents, Andrew and Mary, and a sister, Betty (Tom) Wood.

Friends may visit at the Beck Funeral Home today (Thursday, October 3) from 4-8 p.m. where the 4th Degree Assembly will recite th

e rosary at 6:30 p.m. followed by the parish wake service at 7 p.m. Visitation will resume Friday at St. Casimir Catholic Church from 10 a.m. until time of Mass at 11 a.m. with
the Rev. Arthur Duchnowicz officiating.

In lieu of flowers, memorials may be given to: Knight of Columbus Chalice Fund, Rogers City Fire Authority, Posen Fire and Rescue or Cheboygan Life Support of Rogers City in memory of John Kroll.