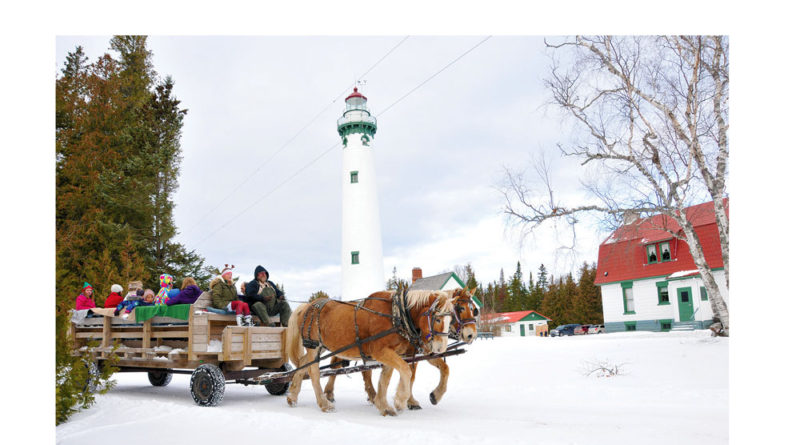 Special lighthouse celebration in the works

It was in 1870 that Congress declared that Dec. 25 would be a federal holiday in the United States. That means Christmas Day is celebrating its 149th year this month and will reach a major milestone in 2020.

If 1870 sounds familiar, it’s because the New Presque Isle Lighthouse is often referred to as the 1870 lighthouse.

According to Presque Isle Township historian Jeni Matuszak, it was constructed in 1870 before officially opening the following year. Nevertheless, many activities are in the works in what should be a special year in 2020 on the lighthouse peninsula. Already, township clerk Cynthia Paavola has offered to put an antique ribbon dress on display during the 150th anniversary celebration.

Matuszak was at Monday’s township meeting to tell board members, 2019 was not too bad at the lighthouses.

“Our new lighthouse count for the year was 9,842,” said Matuszak. “That’s just people that we were lucky enough to have sign our guest book before they went out the door. I know we had over the 10,000 mark for sure. That’s the only one we can truly document.”

“We get a lot of people out at our lighthouses,” she added.

The next meeting of the gift shop board will be Dec. 13. “Looking at new merchandise for 2020,” said Matuszak.

“I hope to have a

list for your consideration,” Bedard told trustees. “Parks are all winterized and we are set now until spring.”

In other news: there was a moment of silence for Bernie Andrzejewski, who passed away, Dec. 3 at the age of 65.

“He was the former fire chief at the Presque Isle Township Fire Department and was currently on the fire board,” said township supervisor Larry Fields. “His funeral was this afternoon.” A moment of silence took place before the start of a two-hour meeting.

“The amount of experience and dedication, we are going to miss him,” said board member Lee Morrison.

“For those who had a chance to meet him, he was a really nice guy,” added Fields. “His passing is very sad.”