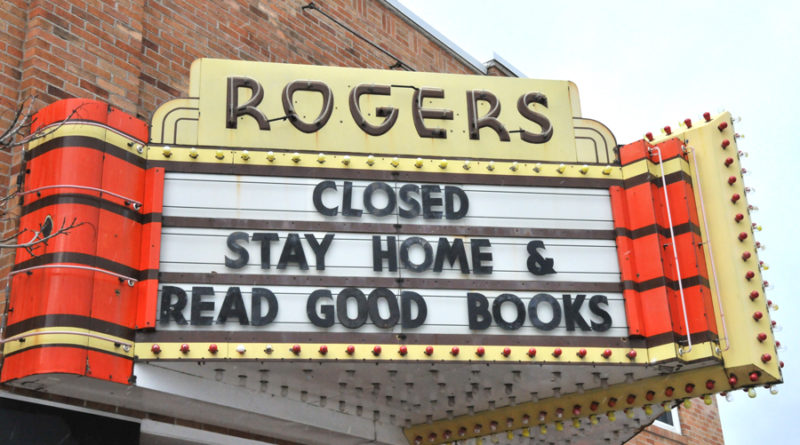 In only a short week, so much has changed in northeast Michigan because of coronavirus (COVID-19) concerns. It’s turned into the new normal.

County school students were sent home for at least three weeks, high school sports were brought to a screeching halt, and when the weekend arrived, worship services were canceled even though no known cases of the virus had been reported.

And while these historic actions were being enacted, toilet paper and hand sanitizer disappeared from store shelves.

The latest news to rock Michigan residents was Monday wh 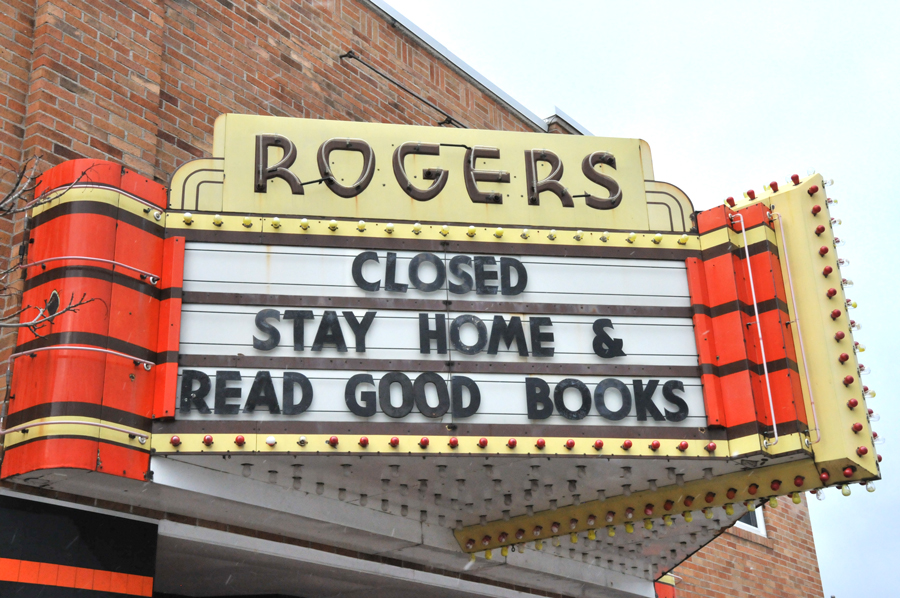 en Gov. Gretchen Whitmer ordered all bars and restaurants to close at 3 p.m. to dine-in services.

A few hours later, a press release was issued by the Michigan Liquor Commission reminding its 19,000 liquor licensees to strictly adhere to the order or face suspension or possible loss of their liquor license. 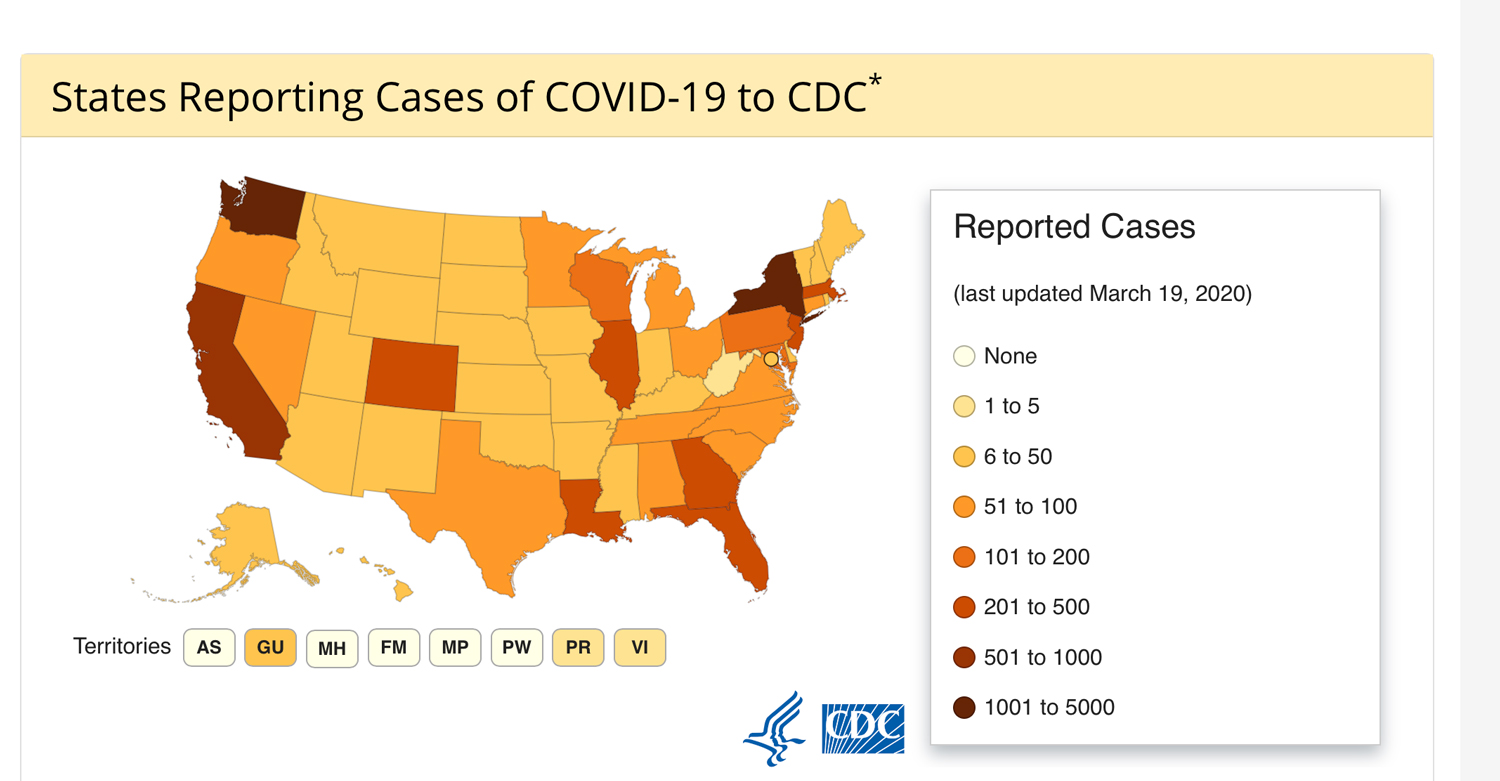 That was not an issue at the Rogers City Servicemens’ Club where last call was at 2:30 p.m.

The doors were locked before 3 p.m., and at 3:05 p.m., there was not a customer in the establishment. The establishment is supposed to be closed until March 31.

A block away, shelves and coolers were being cleaned of meat, milk, canned goods and cereal at Save-A-Lot in downtown Rogers City as residents horded food.

With the closing of restaurants and bars to inside dining, members of the Onaway Community Chamber of Commerce encouraged residents to support small businesses and restaurants by purchasing gift cards to use at a later date or order takeout.

Tuesday also was a day that Presque Isle County issued a press release that all services would have to be conducted via the phone or email.

The facility was closed starting Tuesday.

County employees were going to continue to work and handle the day-to-day operations.

“Should you need services provided by an office, you are directed to call to determine what steps are necessary to assist you,” the press release stated. “Department phone numbers will be posted on the courthouse doors, on the county website (Presqueislecounty.org) and in the local phone directory.”

The press release continued: “We are treating this matter seriously, and will continue to monitor the situation and will consider all recommendations made the respective local and state public health officials.

“Please do not allow fear to control your actions. Instead, let’s come together as a community as we always have in the past and be good neighbors like we have always been to one another. Let’s look out for one another.”

“Last Thursday we decided to close City Hall to the public effective today (March 16),” said Onaway mayor Charles Abshagen. “I would recommend that the people of Onaway follow the guidelines of the CDC (Centers for Disease Control).  Stay inside (self-quarantine when possible), social distancing and remember you are not the only one at risk, you could expose the younger and/or elderly those who have higher risk.” The city will conduct its next meeting Monday at 5:30 p.m.

Whitmer announced the closing of public schools until April 5, late on the evening of March 11. The last day of school for the time being was Friday, but there is concern that it could be longer.

“I wish I had answers about grades, graduation, sports, or if the year will be extended but I don’t,” said Rogers City Area Schools superintendent Nick Hein. “We will have to wait for directives from the state.

“My biggest concern is for the health of everyone in our community and I hope the measures enacted are effective in stopping the spread of the virus.”

Hein said any extra school work teachers have assigned to students is 100 percent supplementary as it is impossible to provide accommodations during this time period.

For those needing assistance feeding school-aged children, call 989-734-9101 to set up a grab-and-go food pickup in Rogers City. Food pickups will take place on Mondays, Wednesday and Fridays during the mandatory shutdown. The program is free to all children 18 and under.

Onaway Area Community Schools superintendent Rod Fullerton said there is a concern that the doors could remain closed longer.

“However, at this point we will deal with the facts that we have before us, and that is we are to remain closed through April 5.”

Posen Consolidated Schools superintendent Michelle Wesner wants everyone to be safe and follow the directives of government officials and “work toward the common good.”

Whitmer’s Executive Order 2020-9 mandated closing many places of public accommodation, including libraries, museums and theaters. The intent is to reduce the spread of and exposure to COVID-19 and thereby save lives. According to the library’s program director, Anne Belanger, “all programming and events including use of the conference rooms at each of the five library branches are canceled through April 6.”

This order was a triple blow to the Presque Isle District Library. In addition to closing all local branch libraries in the county, the Rogers City Theater, owned and operated by the library, had to cease operations as well. “The Rogers City Theater will be closed to any public events beginning Monday, March 16 through April 6,” said Belanger. By sheer good luck, the Rogers City Community Theatre’s production of “Sister Act” was able to complete its six-show run the day before the closure went into effect.

The third hammer blow hitting the library is the necessity of closing or postponing at least some of the many events associated with the upcoming Smithsonian Crossroads exhibit. “It is with heavy heart and concern for public health that we collectively made the decision to cancel the opening reception for the Smithsonian exhibit at the Rogers City Area Senior & Community Center Saturday, March 21 from 5 to 8 p.m.,” Belanger added.

Three performance events were anticipated during the closure period of late March and early April, in connection with the Smithsonian exhibit. La Compagnie Music and Dance Troup and The Mustard Retreat live music performance were both scheduled for the Rogers City Theater stage, March 28 and April 2, respectively.  On April 4, local musicians and musical groups were slated to bring bluegrass, folk and country to our hometown stage.  All three events had to be canceled.

Given the circumstances, any library materials currently checked out will have due dates extended to April 6. Books are still being accepted at library drop boxes, but DVDs and audiobooks should be held for return at the desk when the library re-opens April 6.

All public Masses in the Diocese of Gaylord have been suspended until April 6.

There will be no worship services at St. John Lutheran Church (LCMS) in Rogers City for the next three weekends; however, a service will be broadcast on 99.9 The Wave FM each Sunday at the regular time of 10:30 a.m.&nbs

Plans are for a Palm Sunday service but that is tentative.

Peace Lutheran and Immanuel Lutheran churches are canceled for at least three weeks.

Westminster Presbyterian Church will continue Sunday morning services, but will not have any midweek services, committee meetings or Bible studies.

Attempts to contact Presque Isle County’s churches were made to better inform the public, but not all messages were returned for this week’s publication.

Additionally, the Medilodge of Rogers City media spokesman declined comment about what the facility is doing in light of the coronavirus pandemic.