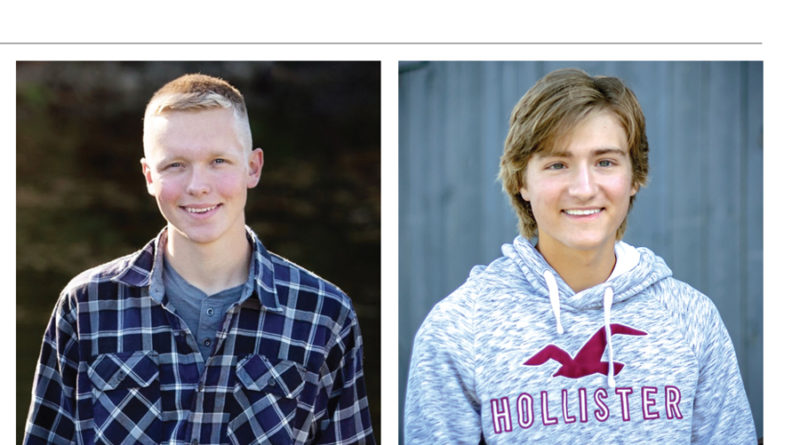 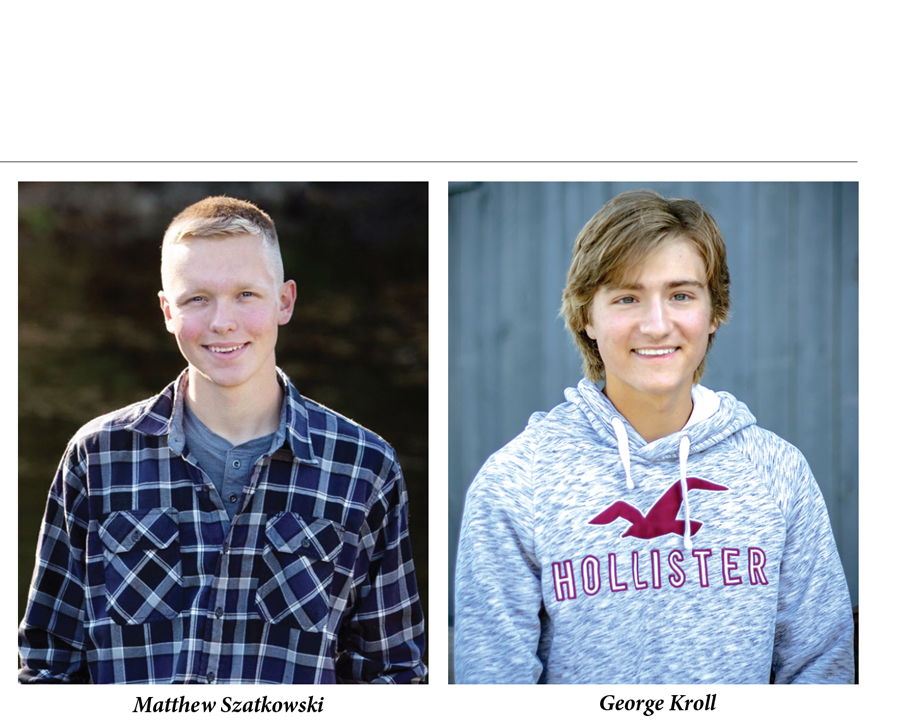 Posen Consolidated Schools superintendent/principal Michelle Wesner has announced the honor students for the Class of 2020.

At the top of the class is valedictorian Matthew Szatkowski, the son of Brad and Angie Szatkowski, with a grade point average (GPA) of 3.98. He is followed by salutatorian George Kroll, who is the son of Jacob and Tamara Kroll, with a GPA of 3.93.

“Our val and sal this year are two exceptional young men,” said Wesner. “They are well-rounded individuals who are leaders in their own right.

“Both young men take action to promote both analytical and creative thinking. Their overall GPAs are impressive, and if you speak with either of them, you will find they are so much more than their GPAs.”

The class of 17 students features 10 students with a GPA above 3.00 or higher.

Matthew Szatkowski, (3.98) was inducted into the National Honor Society (NHS) as a sophomore and has been in robotics all four years. He was on the student council and participated in ski club as a freshman, and has been part of the yearbook staff and was in the homecoming court as a senior. He also was involved with the Educational Talent Search (ETS) since his freshman year. He was on the track and field team his first three years and plans to participate as a senior; football since his sophomore year and basketball as a freshman. Matthew plans to attend the University of Michigan’s College of Engineering and study mechanical engineering.

“I hope to work in factories and plants, designing and maintaining industrial robots,” said Matthew in the questionnaire given out to the honor students.

George Kroll (3.93) was inducted into NHS as a junior and has been a class officer all four years. He was in the homecoming court as a freshman and a junior, and was named the fall homecoming king. He has been in pep club, ETS and SADD (students against destructive decisions) all four years. As a senior he has been part of the yearbook staff. Additionally, he has been part of the St. Casimir Catholic Church (SCCC) youth group.

George has been on the basketball and football teams all four years, and baseball his first three years and was going to continue as a senior, if and when it starts.

George plans to attend college at Alpena Community College (ACC) to pursue a career in nursing.

“Once I have obtained by BSN (bachelor’s in nursing), I will continue to further my education and become a nurse practitioner,” said George. “I would like to live closer to home if I can, but the world is a place full of surprises. Of course, there is always plan B, where I become an actor and live a comfortable life.” 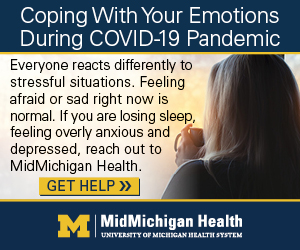