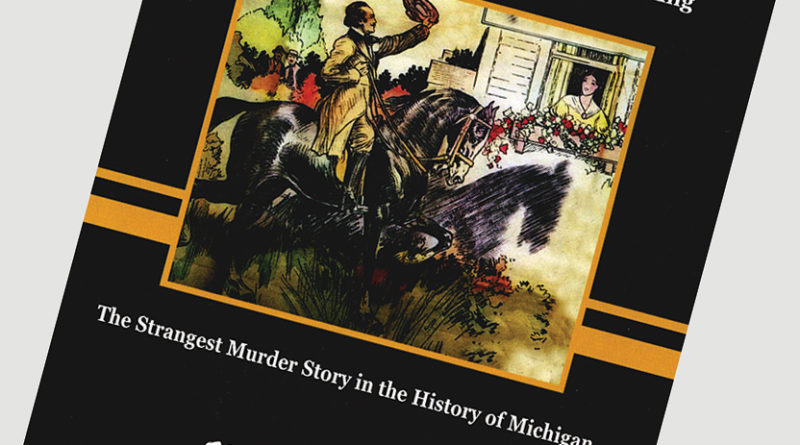 A tale told for the past 145 years in the area is getting a fresh look. The murder of the self-proclaimed “king of the county,” Albert Molitor, is the subject of a new book by dedicated local historian Mark Thompson. In “Molitor: The Murder of a Northern Michigan King,” that debuts this week, Thompson takes on a fascinating and chilling part of the history of Rogers City. Molitor is said to have dominated his “subjects” prompting a conspiracy that led to a group setting out to kill Molitor at the age of 33.

Thompson fleshes out details not known before in previous telling’s of the story. Using dozens of sources from the New York Times, to court records and interviews with relatives, Thompson goes deeper than other previous attempts to make clear the events that shaped the early days of Rogers City.

No charges were leveled until 16 years later when one of the alleged conspirators could take the burden no longer and confessed. That led to the confessions of three others and trials for 11 men accused of the crime. Thompson’s book is by far the most complete abstract of the events leading up to and the trial after the murder.

Thompson, who is the executive director and curator of the Presque Isle County Historical Museum, says that he had three occasions when men came into the museum and expressed an interest in writing books about the 1875 murder of Molitor. According to Thompson, they included a minister, a retiree from the Detroit News and a local teacher.

“Each of them was capable of doing a book,” said Thompson, “and they all spent considerable time going through the museum’s extensive Molitor collection and taking notes.  Unfortunately, none of th

The Molitor book is the 11th in the museum’s Local History Book Series that was started in 2006 by Thompson and the late James Hopp.  It is available for $20 in the museum gift shop in the Hoffman Annex, across the street from the Bradley House, the Advance office, J & L Camera and Electronics in Rogers City or online at www.thebradleyhouse.org.  All proceeds from the sale of the book go to fund the museum’s programs and activities.