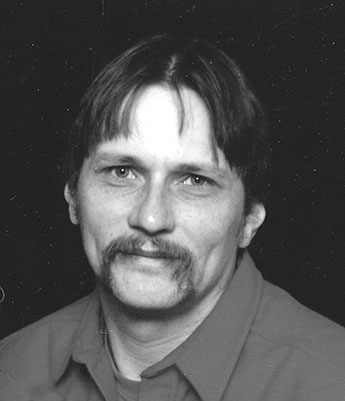 No stranger to hard work, Al made a career as a sawyer. He began working at the sawmill in Tower when he was 18 years old and stayed on as the business changed owners several times over the years. From A & M Sawmill to Baumgarten Forest Products to Precision Forestry, Al was good at his job, dependable, and put in an honest day’s work.

A lifelong resident of Onaway, Al was raised hunting and fishing in the woods of northern Michigan. His passion was the outdoors and when he wasn’t working he could be found on a riverbank or on one of the area lakes fishing with his buddies. And of course he loved deer hunting, not only for a trophy to hang on the wall, but even more so to put dinner on the table and meat in the freezer. Any type of hunting was agreeable to Al as he also enjoyed hunting small game, birds and squirrels. He loved camping with his family, riding his four-wheeler, and was a sports’ fan. He enjoyed watching football, especially the Super Bowl, as well as baseball and learned to love Nacar as it was Donna’s favorite. He loved his Pepsi, Milky Way candy bars, and reading the Detroit Free Press. Quiet and reserved around those he didn’t know, Al was funny and a bit of a smart aleck around those he knew well. Blessed with the gift of sarcasm he was quite witty with his family and friends. He loved time with his family and was an amazing father, devoted husband and a wonderful son. A really great guy, a loyal friend and someone who could be counted on, Al was well-liked, humble and happy with the simple pleasures in life. Al’s down-to-earth way and his zest for living will be sadly missed.

Surviving Allen is his wife, Donna of Millersburg; sons, Michael Johnson and D

Allen was preceded in death by his stepfather, Floyd Skuse and a sister, Amy Skuse.

Visitation was held at Chagnon Funeral Home Sunday, July 26, followed by a funeral service Monday at North Country Baptist Church. The Rev. James Brabson officiated. Al’s final resting place is at Onaway at Waverly Township Cemetery. Those planning an expression of sympathy please consider a donation in memory of Allen Tulgestke to the Parkinson’s Foundation at www.parkinson.org.